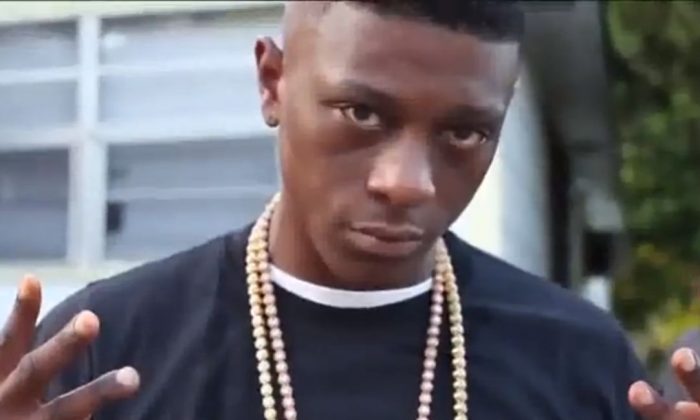 Lil Boosie in his music video, 'We Out Chea.' (YouTube screenshot)
Entertainment

Lil Boosie, the Louisiana rapper recently released from prison, apparently drew criticism from his neighbors after he threw a loud house party over the weekend.

Boosie held the party for his mother’s 60th birthday March 22 and it was apparently too loud for his neighbors, according to WGNO News. He recently moved into a private, gated community where the party took place.

Connie Hatch, his mother, said the parties were held over the weekend but she noted there wasn’t anything unusual about them.

“I just feel like we were being singled out and we have to be fair,” she said.

WGNO reported that the neighbors were complaining about parking violations and made noise complaints.

The news comes after TMZ reported that there’s been a few concert scams involving Boosie.

“Here’s how it happened — one of the alleged victims LaToya Thompson tells us, she came across a Boosie booking flier on Instagram recently and called the phone number. She says she was eventually put in touch with a man claiming to be Boosie’s brother TQ,” the TMZ report reads. “LaToya tells us, ‘TQ’ instructed her to wire him $25,000 to book Boosie for a concert in April — and as soon as the money went through last week, ‘TQ’ went AWOL.”

Boosie was released from prison after five years on March 10. He was exonerated on murder charges just a few years prior.