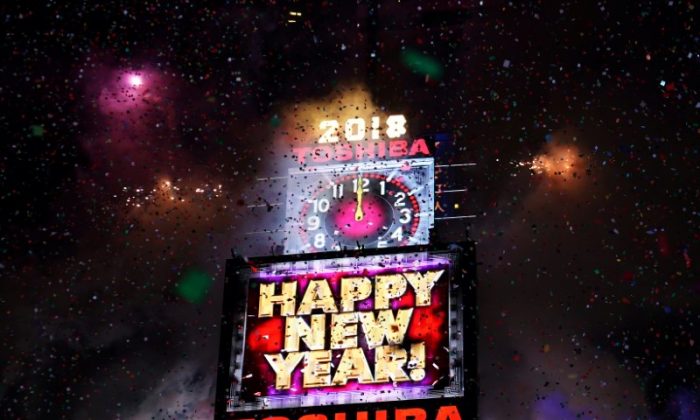 First Baby Born in 2018 Is Likely From New Zealand: Report

The first baby born in 2018—in the world—may have been delivered in Auckland, New Zealand.

Baby Rex was born one minute past midnight on Jan. 1, 2018, according to Stuff.co.nz.

Islands in the western Pacific Ocean like Samoa, Tonga, and Kiritimati are the first places to welcome the New Year. But Auckland is the first major city in the world to celebrate New Year’s. It doesn’t appear that there were any babies born on Samoa, Tonga, and Kiritimati—or on any other Pacific island. Meanwhile, it doesn’t appear that there were any other babies born in New Zealand before Rex.

“Everyone was saying that there was a good chance that he was the first but we don’t know for sure, yet,” Ena told the website.

“It’s a bit surreal. When he came out it was just magical,” she added. “He’s actually a really good baby, when he came out he was really loud, but once I fed him he went to sleep and now he’s been asleep for four hours. So I got some decent sleep.”

“I was in there during the whole birthing experience with her, I cut the cord and when the baby came out, it was a big wow,” Chien said. “They took him and put him on her skin and he started breathing immediately—it was amazing.”

“I’m quite scared of babies, I always thought they were quite fragile but they are actually very resilient, and very cute and I’m very happy to be a father,” he said.

Another New Zealand mom, Kimberly Thomas had her baby girl, Kya, just about 15 minutes past midnight, according to Stuff.co.nz.