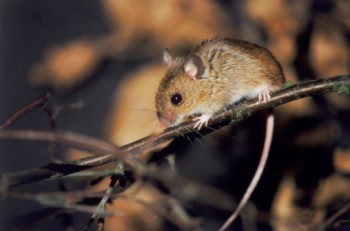 Researchers postulated that mice, being nocturnal, fear intense light in a similar way that humans, who are diurnal, fear darkness. (Photos.com)
Science

A recent study published in the Proceedings of the National Academy of Sciences investigated the effect of light on fear and anxiety.

“Light plays an important role in modulating heart rate, circadian rhythms, sleep/wake cycles, digestion, hormones, mood and other processes of the body,” study co-author Brian Wiltgen of the University of Virginia said in a press release.

“In our study we wanted to see how it affects learned fear.”

The researchers postulated that mice, being nocturnal, fear intense light in a similar way that humans, who are diurnal, fear darkness.

In the study, the researchers conditioned mice to associate a minute-long tone with an electric shock by presenting the shock after the tone repeatedly.

After the association was formed, the mice froze every time the tone was played. During testing, the researchers put the mice under different intensity of light when playing the tone, and found that the mice froze more when the light intensity was high.

“We showed that light itself does not necessarily enhance fear, but more light enhances learned fear,” Wiltgen said. “It may be similar to a person learning to be more fearful in the dark.”