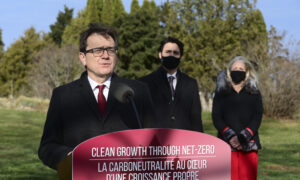 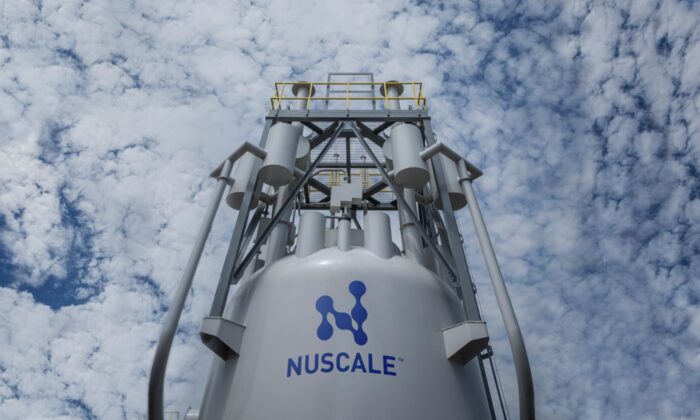 A report by the New South Wales (NSW) Commissioner for Productivity has suggested easing restrictions on nuclear energy in a bid to boost the state’s economic prosperity.

The May 31 white paper, titled “Rebooting the Economy,” provided a list of recommendations for the NSW government in improving the productivity growth of Australia’s largest state, which included lifting Australia’s nationwide nuclear energy ban to allow for the use of small-scale nuclear reactors.

The technology proposed, known as the small modular reactor (SMR), is currently being developed in the United States, with NuScale at the forefront being the first to receive U.S. Nuclear Regulatory Commission design approval.

The report suggested that small-scale nuclear reactors provided a safer and more economically feasible alternative to its traditional, larger counterpart, allowing for potential investment from the private sector.

“High fixed costs and long delivery times mean [conventional] reactors tend not to be feasible for private investors,” the report stated. “Existing nuclear reactors have been delivered either by state-owned or regulated monopolies, with consumers and taxpayers shouldering some of the risk.”

SMRs, on the other hand, promises a modular design—meaning every component of the facility can be pre-fabricated in specialist facilities and assembled onsite, greatly reducing construction cost.

“The small size of the completed module permits component shipment via conventional large object transport such as truck, rail, and barge,” NuScale says on their website.

Australia is also the world’s third largest uranium ore producer, with the nation holding on to around one third of the world’s uranium resources, reducing operational costs by circumventing the need to import the resource from overseas.

However, the suggestion has been met with criticism from anti-nuclear campaigning groups, including the Australian Conservation Foundation (ACF) who says SMR technology is unproven.

“This isn’t a new technology, small modular reactors have been around for many decades,” ACF’s Dave Sweeney told The Epoch Times. “This technology has not been commercially applied or developed, despite existing for decades.”

Currently, no private sector SMR projects have been completed, with many state-funded projects delayed or over-budget. NuScale’s first under-development project was also delayed by 3 years to 2030.

Capital cost estimates of SMR systems have varied greatly, with NuScale reporting an estimated cost to set up the system of $4,600 per kilowatt—cheaper than conventional nuclear—versus CSIRO’s considerably more expensive estimate of over $16,000 per kilowatt.

Sweeney said that the focus and investments should instead be shifted to sources such as wind and solar, and not technology lacking a proven track record.

“SMR is a dangerous distraction,” Sweeney said. “It would open the door for massive public subsidy to a technology that is unproven and has failed to deliver.”

“Should it become necessary, NuScale’s SMR shuts itself down and self-cools for an indefinite period of time, with no operator action required, no additional water, and no AC or DC power needed,” NuScale says.

The report also stated that the reactor’s reduced size and water needs avoid the requirement for the facility to be built near large sources of water, mitigating the chance of flooding—a critical factor resulting in the meltdown of the Fukushima nuclear plant.

The NSW Government has considered nuclear as a pathway to reduce emissions, part of its plan to reach net zero by 2050.

While nuclear fission, the primary process behind nuclear energy generation, produces no carbon emissions, the issue of handling nuclear waste remains. Currently, Australia has no facilities in place to store the radioactive byproduct.