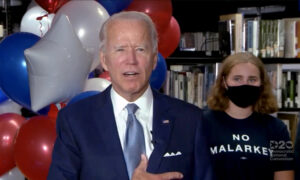 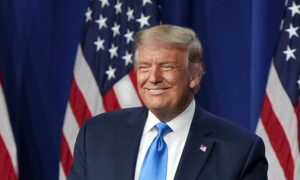 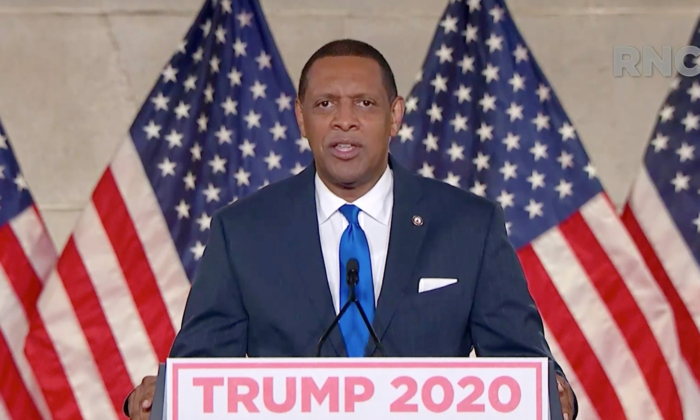 A lifelong Democrat and an elected Democratic member of the Georgia House of Representatives delivered a speech at the Republican National Convention on Aug. 24 in support of President Donald Trump’s reelection.

“The Democratic party does not want black people to leave their mental plantation. We’ve been forced to be there for decades and generations. But I have news for Joe Biden: We are free. We are free people with free minds,” Georgia State Rep. Vernon Jones (D) said.

“And I’m part of a large and growing segment of the black community who are independent thinkers and we believe that Donald Trump is the president that America needs to lead us forward.”

Similar to the format of the Democratic National Convention the week before, Jones and other speakers delivered their remarks before an empty hall in Washington due to concerns for the spread of COVID-19.

Jones was elected to the Georgia House of Representatives in 2016 and announced his support for Trump earlier this year. He faced a backlash from his party and briefly considered resigning.

Jones pointed to the long political career of Democratic presidential nominee Joe Biden, arguing that the former vice president has been “all talk but no action.”

Jones recalled growing up in a home his parents built with their own hands from cinder blocks with no indoor plumbing. He said that despite having a limited education, his parents instilled in their children a strong work ethic, which paved the way for his rise to an elected position in the Georgia general assembly.

“When President Trump took office, he changed everything. He delivered historic funding to HBCUs. And he guaranteed it for 10 years. That gave our HBCUs stability—the chance to grow and produce the next generation of black leaders,” Jones said.

The Democratic National Convention, held the week prior, featured several prominent Republicans who spoke in support of Joe Biden, including former Gov. John Kasich of Ohio.

Jones also lauded Trump for pushing for school choice, firing up the economy, and creating tax incentive-rich opportunity zones in struggling areas. The unemployment rate for black Americans fell to a historic low before the job losses related to the lockdowns amid the pandemic.

“He put the interests of American workers, and especially black workers, first,” Jones said. “That’s right, Donald Trump did that.”