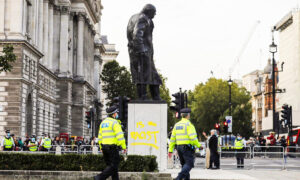 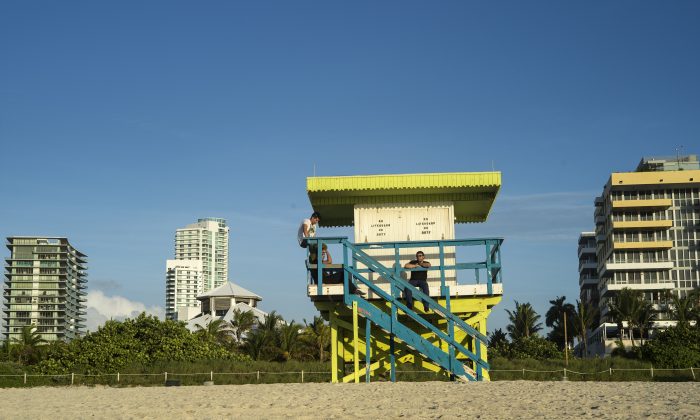 People sit in a lifeguard's tower on the beach on June 9, 2013 in Miami Beach. (BRENDAN SMIALOWSKI/AFP/Getty Images)
UK

Lifeguard Jokes on Facebook About Girl Nearly Drowning in UK

Several lifeguards in the United Kingdom made jokes on Facebook about a girl nearly drowning, saying “down she goes again,” prompting an investigation.

The Daily Mail reported that a female lifeguard at the Basildon Sporting Village in Essex made complaints on Facebook about having to get her hair wet to save a girl who was drowning in a swimming class.

The lifeguard apparently posted a status update on her Facebook, which said the girl almost drowned three times during a swimming session.

“Our faces when we realised she was going down for the third time. Omg, best straddle jump I’ve seen in a while from you!! I’m laughing now, you made my day. What a giggle,” the lifeguard wrote, according to the Mail.

She added: “Down she goes again but now I can see her eyes lookin at me under the water so in I go fully clothed and get me [expletive] hair wet [SIC].” And later, she wrote: “We give her a float off to the middle of the land she goes and sinks back in… We lift her out this kid aint goin in again nd I certainly aint [expletive] jumpin in again [SIC].

The Mail added that her colleagues laughed about the matter.

“It’s one of those moments that will make me chuckle when I close my eyes tonight and go to sleep. Definitely made my day,” wrote one.

The Sports and Leisure Management launched an internal investigation into the matter.

“These matters are currently under internal investigation by the leisure center,” a spokesperson with the organization said.

According to the BBC, the Basildon Sporting Village was opened in 2011 and was used as a training venue for the 2012 Olympics in London.