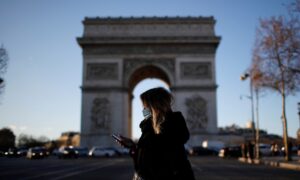 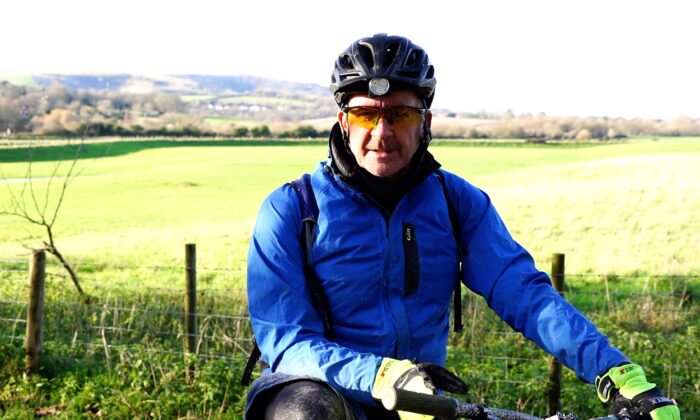 ‘Life Is Precious’: Cycling the Road to Recovery From a COVID-19 Coma

With the UK official death toll from the CCP virus passing the 100,000 mark, people’s thoughts are naturally turning to the tragic loss of life.

But among the stories of tragedy, there are stories of survival—of people for whom the life-changing impact of the pandemic on the world is felt even more intensely.

One such story is that of 54-year-old Laurence Penn, who spent 29 days in a coma with the virus, and is now determined to make the best of the tough road to recovery—on his bike.

Laurence says he was fit and healthy, teaching and training in Jujitsu, mountain biking, circuit training, swimming, and walking his two dogs.

Then he contracted COVID-19 at the start of the first wave in March 2020.

He left the hospital in mid-May, three stone (42 lbs.) lighter and with nerve damage to his tongue and to his leg, and heart problems, after learning to walk again.

Now he is hoping to repay the hospital that he credits with saving his life by raising money through a sponsored bike ride, and at the same time to push his body back to health.

Laurence lives on the English south coast in the town of Worthing.

Since his brush with death, he says he is less concerned with the material world.

“You know, life is really precious,” he told NTD. “And I think when someone has sat down and told you how close you were to not being here, then you don’t take anything for granted,” he said. “My plan going forward is to not fall back into working in the old way of the corporate world.”

“I was working in a corporate environment previously, traveling to South Africa to Dubai, Germany, Poland all over the place,” he said. “I don’t think I could see myself getting on the plane again, mixing with too many people. It’s not to say that I’m becoming a hermit. I just don’t fancy that anymore. I also took the opportunity to withdraw from that life and do things differently.”

By the time Laurence was rushed to hospital in Worthing on March 28, he was too delirious to recognise the signs of oxygen starvation that had set in as he struggled at home. “I thought I was okay, I thought I was gonna make it,” he said.

But his wife knew he wasn’t ok, and that he wasn’t breathing.

“If it wasn’t for the intervention of my wife, calling the doctor … and the ambulance getting there, as soon as it did,” said Laurence.

Two days later he was put in a medically induced coma so that he could be better ventilated.

He was taken out of the coma after 29 days but didn’t leave the hospital for another two weeks.

“I couldn’t walk for a week or so just because of some strange, nervous problems with what COVID does to the body—kind of ravages it. So, you know, they were teaching me to walk again.”

He says his lungs are now working fine. “But I do suffer with chesty coughs and lots of stuff,” he said.

To help raise money for the Western Sussex Hospitals NHS Foundation Trust charity and give back to the staff who saved his life, Laurence aims to tackle a 106-mile trail on his e-bike, in one day.

His challenge, which he is also using as a fitness goal, is slated for March 31—exactly one year since he was put into the coma.

Reporting by Jane Werrell of NTD