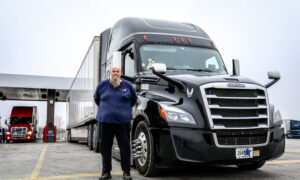 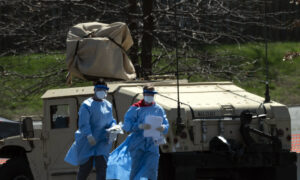 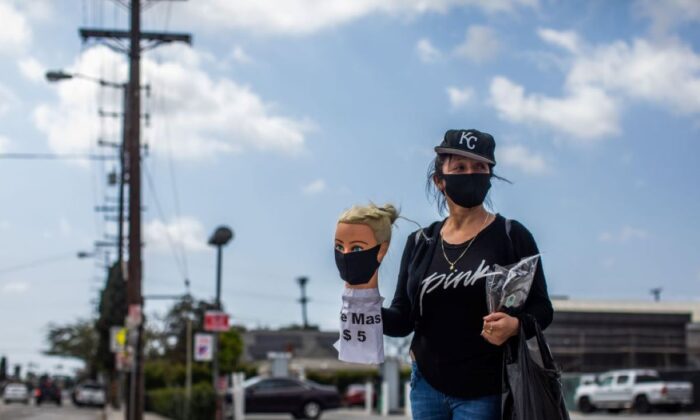 Life After Being Furloughed: Americans Adapting to a ‘New Normal’

Ashley Ross was overseeing content and search engine optimization for a health company when she and nearly half of her colleagues were laid off due to the COVID-19 shutdown on March 24. Battling sadness and navigating through the unemployment website made things tough, but Ross is finding her way back with daily gratitude meditation and some freelance work.

“Knowing I wasn’t alone in the frustrations of the backlog helped, but also made it worse because it’s so awful knowing how many people are affected by this,” Ross told The Epoch Times in an email.

Nearly 10 million people across the United States filed for unemployment insurance claims in the last two weeks of March, as massive waves of layoffs hit the country amid the CCP virus pandemic, according to U.S. Administration reports.

Ross isn’t alone in her battle with the unemployment website. Syracuse reports that almost 500,000 people were filing online applications for claims, and nearly equal numbers were calling the New York employment system toward late March.

Unlike Ross, who feels privileged because she has savings and a partner who’s still employed, 37-year-old Sebastian Peter from Florida said he’s scared about what his future holds.

“I’ve never felt like this before. Helpless. Not being able to provide for my children. Not because I don’t want to, but because I can’t,” Peter, who has a 2-year-old and a 2-month-old, told The Epoch Times in an email.

Peter was working as the operation manager of a high-end retail store that decided to close in January. In mid-February, he started working as an operation manager in training for a company running a chain of gyms in his county, but lost the job when the gyms closed due to the pandemic.

He said he feels extremely anxious about not having been able to get a normal check since January. “Like millions of people, I have bills, too, and I’m starting to fall behind,” he said. “All I can say is that if I don’t get sick from this virus, I will for sure get sick from the everyday stress.”

As the pandemic surges through the country, more than 363,000 people in the United States are confirmed infected, and more than 10,700 people have died of the virus as of April 6. While many professional associations have started COVID-19 relief funds for their communities, like the one by Professional Beauty Association and another by the Screen Actors Guild-American Federation of Television and Radio Artists (SAG-AFTRA), many others don’t have any such possibility of seeking support.

“I have not heard of any charity offering help,” said Peter, adding that he’s scared for his kids as well.

Samantha Wise, 24, from Kansas, lost her job at Hy-Vee supermarket on March 2. She alleges she was wrongfully terminated by her manager and since then has been trying to find a job, but hasn’t been successful because of the pandemic shutdown.

“I’ve been trying to get another job, but I’ve had no luck. I’ve been in the middle of getting food stamps and unemployment,” said Wise, adding that she was denied unemployment benefits because of her last job with the supermarket.

“I have an appeal April 7th, and I still don’t have food stamps yet,” she said. “I have to call both places Monday. Again. I used to work at Hy-Vee in wine and spirits for almost a whole year.”

Wise stays with her parents and used to pay rent to them to contribute to the bills, but hasn’t been able to do that lately.

A study by Berkeley on “coping with the Stress of Layoffs and Unemployment” said that when a person loses a job, they lose many important things, including “work associations, structure for your days, financial security, and status.”

“Even though the job loss is due to budget cuts and is not your fault, it is common to feel some loss of self-esteem, and think that somehow you have failed,” the study stated.

While the lives of millions of Americans have been upended by the pandemic, and the economic ramifications are causing more anxiety than the fear of catching the virus, Americans still have hope, and are finding solutions.

Ross has started finding freelance assignments sitting at home amid the lockdown, Peter has been working on thinking affirmatively, and Wise has picked up hobbies to stay positive.

“I’ve been lucky enough to pick up some freelance work through former colleagues I worked with throughout my career,” Ross said.

She said she is still “disappointed, sad, frustrated,” but looking at things from a broader perspective helps her stay motivated.

“I’m also focusing on my mental health and find that doing regular gratitude meditations helps me put things in perspective,” she said.

She said she’s not sacrificing everything because she’s unemployed, and she’s taking care of herself.

“I went through my bank statements to cut where I could and felt like I needed to cancel everything to save every single cent, but ultimately I kept what I knew would keep me stable: the Headspace meditation app, Spotify without ads, and Netflix.

“It’s important for me to keep myself mentally well so that I can be a part of the healing process when the country, world, and society are ready to start healing,” said Ross.

Despite going through such desperate times, Peter feels that there are people in greater need than him. “I’m really hoping a solution comes up soon. I feel like time is of the essence,” he said.

Wise has medical and phone bills to pay, but she’s trying to stay upbeat and remain mentally strong while she finds a solution to her situation.

“Its been really hard mentally, and I’d be lying if I said I haven’t been depressed a lot since losing my only job due to discrimination, and then it being super hard finding a new job and having to worry about getting a virus, but I try to focus on other things to keep myself busy, like drawing and picking up hobbies to stay positive,” she said.