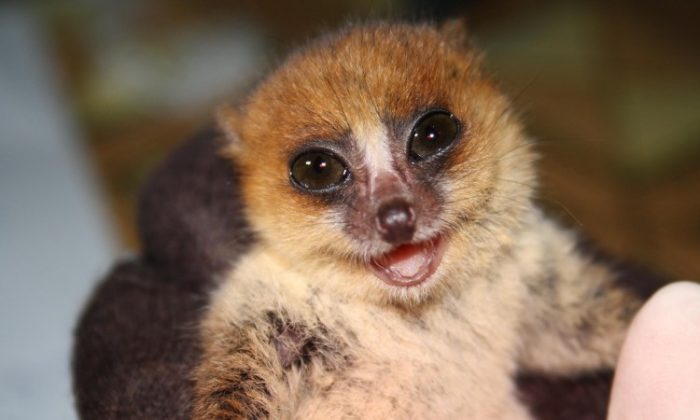 Parasite activity can yield clues to the social habits of even the most secretive of animals, according to a new international study.

The brown mouse lemur, Microcebus rufus, is a shy nocturnal primate that inhabits forests in eastern Madagascar, sleeping in tree holes and leaf nests during the day.

Despite its cryptic nature, a team of scientists has been able to study this tiny creature by tagging its lice, Lemurpediculus verruculosus, and mapping their transfer within a wild population.

These blood-sucking parasites are believed to be specific to brown mouse lemurs. As the lice cannot survive for more than a few hours without a host, transfer between hosts generally occurs via direct contact.

The team tagged lice from trapped lemurs using colored nail polish, and monitored any spreading with further trapping. They found that the parasites were transferred between 43 percent of the population, entirely on males, on their ears, testes, and eyelids.

Although males share nest holes and hence lice, parasite transfer was greatest during the mating season. This suggests a greater number of social interactions take place between the males, most likely fights over females.

“There was no overall association between age and louse transfer,” said study co-author Sarah Zohdy from the University of Helsinki in a press release.

The youngest male studied was carrying the most lice, but only passed on one louse, probably due to minimal interactions. Meanwhile, the oldest male was also heavily infested, but his lice were transferred from many other males.

“Other males appeared to be ‘superspreaders,’ donating but not collecting lice,” Zohdy said.

When the lice transfer pattern was mapped onto catch sites, the researchers discovered that these primates travel much further and interact over a larger range than previously realized.

The scientists concluded that this method would be useful for studying social interactions in other animals that are difficult to observe, for example subterranean species.

Their findings were published in the journal BMC Ecology on March 25.