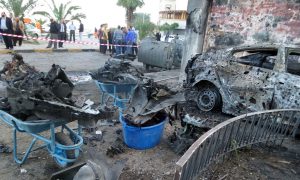 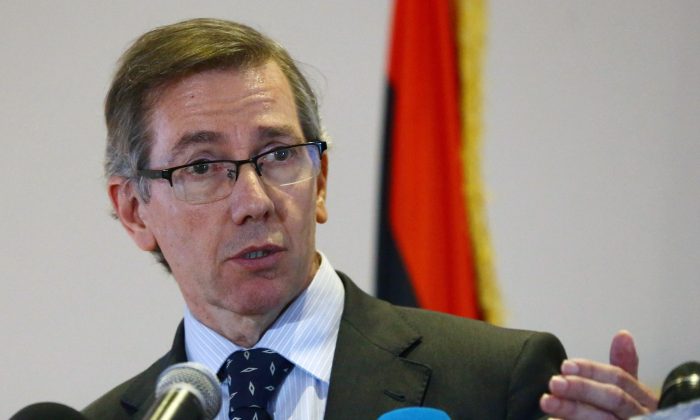 GENEVA—Fighting between armed groups in Libya has killed hundreds of civilians and could lead to prosecution for war crimes, the U.N.’s top human rights official said Tuesday, while the U.N. envoy to Libya said talks between the groups are set for early January.

Libya is now split between two governments, one that is internationally recognized and another backed by Islamist militias. The U.N. has warned that the violent chaos threatens the region’s stability.

Talks are set for Jan. 5 after agreement was reached on a road map toward calming the conflict, U.N. envoy Bernardino Leon told the Security Council.

The U.N. high commissioner for human rights, Zeid Raad al-Hussein, said there have been hundreds of civilian deaths and serious challenges to daily living for those trapped in areas of fighting.

A report Tuesday from his Geneva-based office and the U.N. Support Mission in Libya found indiscriminate shelling of some civilian areas and at least 120,000 people driven from their homes in an escalating humanitarian crisis. The report is based on evidence between September and mid-December.

A spokeswoman for Zeid’s office, Ravina Shamdasani, told reporters there is no accountability by the armed groups. “Some of these crimes may amount to war crimes,” she said.

Zeid noted that the International Criminal Court has been investigating the situation.

Libya’s worst fighting since longtime dictator Moammar Gadhafi was overthrown in 2011 extends from the western Nafusa Mountains to the eastern city of Benghazi and the southern town of Awbari.

The Security Council is urging the parties to accept an immediate cease-fire to allow for dialogue, said the council president, Mahamat Cherif.

British Ambassador Mark Lyall Grant called Leon’s briefing to the council somber and expressed concern that there is “still a way to go to persuade both sides to come to the table.”

Both sides need to recognize that there is no military solution, Lyall Grant said, “and they should not make preconditions which will prevent the establishing of common basis for those talks to go forward.”

Army Gen. David Rodriguez, who heads U.S. Africa Command, has said that the Islamic State group has set up training camps in eastern Libya with perhaps a couple of hundred fighters, but details are sketchy.

From The Associated Press. AP writer Cara Anna at the United Nations contributed.