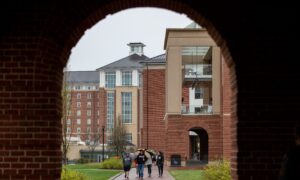 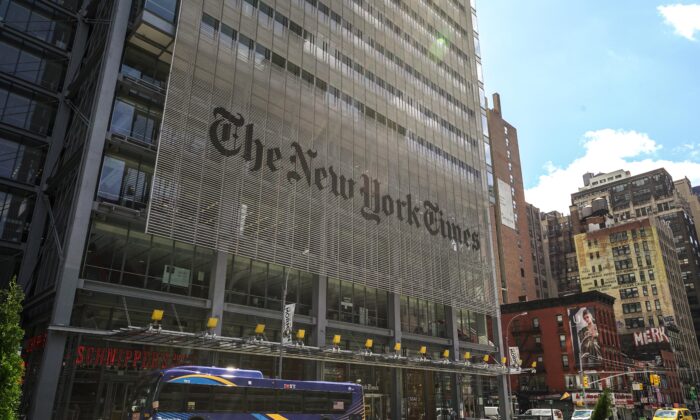 Liberty University has filed a $10 million defamation lawsuit against The New York Times for a “fictional tale” about the university’s decision to stay open amid the CCP virus pandemic.

The private Evangelical university announced Wednesday on its website that it is suing The New York Times, reporter Elizabeth Williamson, and photographer Julia Rendleman for defamation and other claims—including trespassing—arising from their alleged “intentionally false” reporting.

The article in question, which was published on March 29 with the title “Liberty University Brings Back Its Students, and Coronavirus Fears, Too,” reported that “nearly a dozen” students were found sick with what seemed to be COVID-19 symptoms after they returned to Liberty’s campus in Lynchburg, Virginia, from spring break.

“They published in March a story that was completely made up, that there was a COVID outbreak caused by Liberty allowing students to come back after spring break,” Liberty president Jerry Falwell Jr. said on Wednesday during an interview with “America This Week” host Eric Bolling. “We had zero cases among students, faculty, or staff.”

As universities and colleges across the country closed their campuses and ordered students to move out, Liberty announced on March 16 that students who wish to live in their residence halls were free to do so. Falwell said at the time that by keeping the campus open, Liberty would able to house all the international students who were unable to return home due to a travel ban, as well as commuter students who had no better place to live.

In accordance with Virginia’s public health restrictions, Liberty has moved most of its courses online, capped gatherings in lecture halls and gyms at 10 people, and closed the campus to visitors since March 23. “No Trespassing” signs have been posted at the entrances to help ensure that only students, employees, prospective students and their families, and those with official university business are allowed on campus, according to a press release.

Falwell said in April that he was considering legal action against Rendleman, as well as ProPublica’s Alec MacGillis, who allegedly entered Liberty’s campus without permission. He also blamed the two for traveling there from where the pandemic was especially severe, putting the students living on campus at risk. He later came to an agreement with a local attorney to not press trespassing charges against them.

“When there were no reported cases of COVID-19 in the Lynchburg area yet, the New York Times sent a reporter and photographer from actual virus hotspots to violate our campus containment zone and make up a completely false claim that we had created a hotspot on campus,” Falwell said in the July 15 statement, alleging that Liberty was targeted for being “a conservative and Christian institution.”

In a statement released to ABC 13, NY Times spokeswoman Eileen Murphy said their story accurately covered the consequences of Liberty’s decision to bring students back in spring.

“We are confident that our story accurately portrayed the reopening of Liberty University and the public health concerns that the reopening raised,” Murphy said. “We look forward to defending our work in court.”