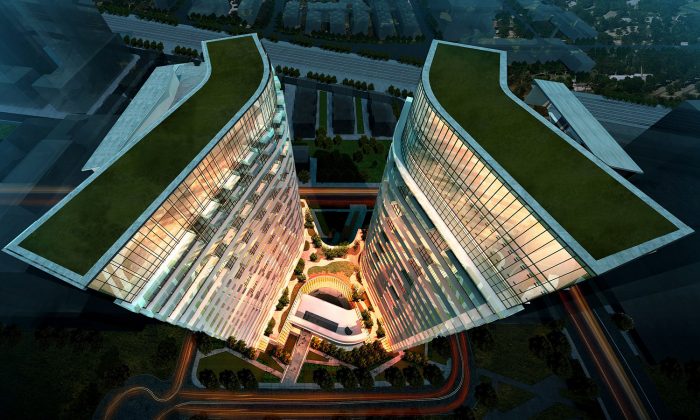 Liberty Central by the Lake: One of Toronto’s Greatest Success Stories

Sandwiched between Dufferin Street and Strachan Avenue and the Gardiner Expressway and King Street West, Liberty Village reflects the new urban cool—the revitalization of a gritty industrial zone into a highly livable community.

The streetscape is dominated by red brick Victorian industrial architecture that speaks to an interesting past. Liberty Village was an industrial area that was also the site of Toronto’s Industrial Exhibition, which was replaced by the Canadian National Exhibition in 1858. It was also home to the Strachan Avenue Prison, which closed in 1911, and it was the location of a women’s prison until 1969. In fact, Liberty Avenue ran between the two prisons.

By the 1980’s industry within the Village moved out or closed down and the lands became a barren wasteland. In 1999, the process began to transform Liberty Village into the exceptional neighbourhood it has become today.

One such contributor to the amazing revitalization of Liberty Village has been renowned developer CanAlpha, which has built Liberty Urban Towns, Liberty Towers, Bliss, Liberty on the Park, and Liberty Place within Liberty Village. Currently CanAlfa is marketing a twin tower project called Liberty Central by the Lake. The first phase of this project is virtually sold out. Phase Two is on sale now.

“The investor is the primary purchaser at Liberty Central,” Taube says. “Investors are attracted to the proximity to downtown, the amenities in the area, the public transportation, and of course the huge tenant pool comprised of people who want to live in this neighbourhood who work downtown.”

Key to the success of Liberty Village, in Taube’s estimation, is his company’s Asian brokerage partners. “The Asian investor is significant. They have supported all of our projects in Liberty Village very well,” he says.

One of the reasons for the investor support of Liberty Village has been the fact that they can get downtown rental rates but pay less per square foot than downtown projects command.

CanAlpha is the latest developer to launch new condominium buildings in Liberty Village. There are potentially only four more sites left until Liberty Village’s master plan is built out.

Construction of Phase One at Liberty Central by the Lake is almost complete and occupancy will begin in late summer this year. Phase Two is presently 30 percent sold. There is still a great variety of suites and views available for sale.

As for the future of the condominium market in Toronto, Taube sees no sign of it slowing down.

“I believe it will continue to be strong,” he says, adding that condiminiums are the best option for first-time home buyers.

“Condominiums are the only affordable option for people entering the market. Even townhomes in the suburbs are priced out of many people’s reach. With condominiums, they can still get into ownership from $300,000 to $400,000 or even $200,000 for less desirable locations.

“Affordability is the biggest issue, and condominiums are still the only affordable choice.”

Home Marketing Group will be taking on new projects this Fall including Pier 27 – Phase 3 on the Lakeshore, Briarhill (by Madison) and Liberty Development’s Village Residence at Bayview and Sheppard.