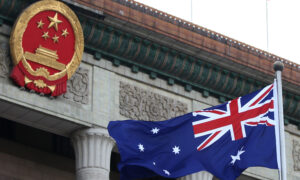 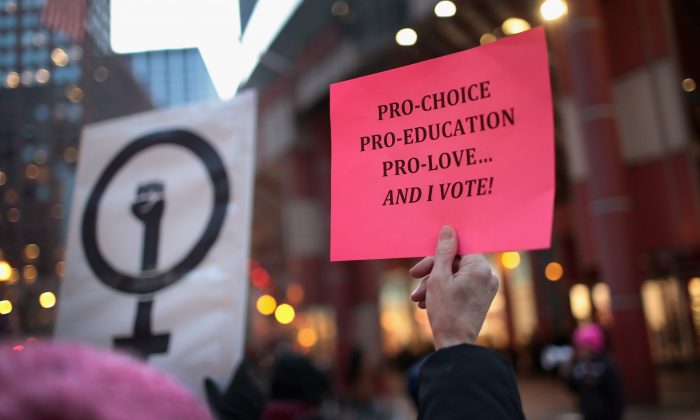 ‘Libertarian–Socialism’: How Modern Democracy Overcame Its Own Contradiction

The totalitarian states of the 20th century, whether of national socialist (Nazi and fascist) or international socialist (communist) ambitions, were aiming to control and organize almost every aspect of life from the top down: to bring about by force of law and government what is broadly described as “the triumph of the Will over Nature.”

The Germans called this process Gleichschaltung, or “bringing into line.” They tried to organize by force the naturally different lives of millions of private citizens, according to a single totalizing vision of the good society.

A great irony of the political history of the West that surprises most people is that all of these totalitarian systems, as the late political philosopher Michael Oakeshott put it, are “the ungracious children” of democracy. All dictators have waited breathlessly for the roar of the crowd, just as modern democratic leaders wait for the roar of the polls.

In the deepest sense, then, the World War II confrontation between the “free world” and its children—the totalitarian political systems—was, and remains, a confrontation of the West with itself.

In the end, those defiantly totalizing systems were largely defeated in the European theater (though they simmer still—the current bastion of communism in the West is located in our universities).

But this left all liberal-democratic regimes (themselves already launched on a disturbingly similar, if slower and softer, path to state-guaranteed perfection) faced with a common ultimate question: “How are we to equalize, subsidize, control, and guarantee by force of law (by the will of the democratic state), more equal conditions of life for all (as those totalitarian states were trying to do), and still call ourselves free?”

In short, how are we to overcome the ideological contradiction that arises from trying to build a polity on a foundation of liberty and forced equality at the same time?

“Divide and conquer” would be the answer.

The first step was the conceptual division of the body politic into two bodies: a private body and a public body, each with its own justifying ideology.

There would be unprecedented freedom of individual will for all things personal and private—especially those having to do with sex and the body, such as abortion rights, easy divorce, homosexual rights, contraception rights, transgender rights, saturation pornography, gay marriage, euthanasia rights, and so on—all legally abetted, and in many democracies subsidized, or free of charge, giving the subliminal message that “We, the People” have never been so free.

But at the same time, in most once minimally regulated democracies, and with astonishing speed, there would be the aggressive exercise of a pervasive public will—a new and vast public realm funded by massively increased taxation and permanent public debt, extending the tentacles of state control into a myriad of private lives, properties, social, artistic, and athletic activities, and commercial operations, while positioning the state as the generous benefactor, regulator, and protector of all, equally.

The result is that the typical citizen of a modern democracy now lives, in all private matters, like the ideal libertarian, who demands complete individual freedom with respect to all things private, personal, sexual, and moral that he or she can imagine and defend as compliant while not harming others.

But with respect to all things public, the citizen is living like the socialist, who reaches reflexively for government solutions and support of as many social and economic goods and services as the state has deemed it feasible to provide.

“What is the government going to do about this?” is today the most common question from citizens.

The result is that although historically libertarians and socialists have always despised each other’s ideologies—each was developed specifically to oppose the other—the two have been successfully fused, beyond the dreams of even the most ambitious social planner, into a hybrid system. This synthesis, while perfectly neither, is part-libertarian and part-socialist, with a visible dividing barrier between the two domains, the simple physical counterpart of which is … your skin.

The end result is our novel regime type: a fusion of opposites that has become pervasive in the Western world in an astonishingly short period of time.

To achieve it, the unspoken trade offered as a lure was the understanding that the people wouldn’t bemoan their diminished real political, property, and economic freedoms, and the permeation of their lives by high taxation and minutely invasive regulation, if they were allowed more sexual and bodily freedoms in exchange.

This Faustian deal has been offered to “the people” by all democratic states to escape their own ideological contradiction: Give me control over your broader citizen liberties, and I will give you all the private rights and pleasures of the body.

These are states in which one-third of the people work to create wealth, one-third (when we include all full-time and part-time employees, and permanent government contracts) are employed by government at some level, and one-third receive significant annual income or benefits in kind from the state.

Once this final stage of the democratic mutation is reached there can be no return, except through eventual catastrophic decline, for in the voting booth, the last two segments will naturally and always gang up on the first, like two wolves and a sheep voting on what to have for dinner!