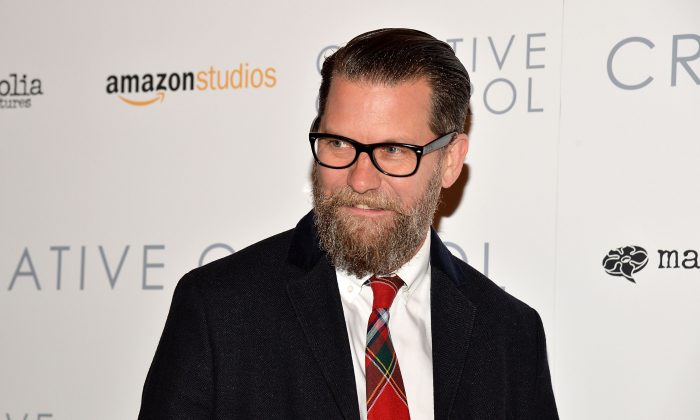 Twitter suspended the account of libertarian commentator Gavin McInnes, as well as the accounts of his fraternal organization, the Proud Boys.

“We can confirm that these accounts have been suspended from Twitter and Periscope for violating our policy prohibiting violent extremist groups,” a Twitter spokesperson told The Epoch Times via email on Aug. 11.

When prompted, the spokesperson declined to specify what McInnes or the Proud Boys did to merit the banning. Proud Boys’ typical online content consists of mocking communism, socialism, and the Democratic Party. The Epoch Times reviewed posts on the Proud Boys’ Facebook page, as well as several incidents cited in media, but couldn’t find anything that could be identified as “violent extremism.”

McInnes endorsed the Proud Boys to fight back when physically attacked, such as by members of the far-left extremist group Antifa. While scuffles and fistfights involving the two groups have been captured on video, it’s often difficult to discern who initiated the violence.

The Proud Boys group’s core tenets focus on minimal government, individual rights, closed borders, entrepreneurship, and the traditional family. They relish in defying political correctness and in touting the Western culture as the best in the world.

McInnes said the Twitter ban is part of a coordinated effort to damage right-of-center prospects for the midterm elections.

“All this stuff is part of the conservative purge, getting the right off social media, to try to stop Trump from getting re-elected. He’s already won; the ship has sailed,” he said, according to BuzzFeed. “I think it will have zero effect on my reach or on the Proud Boys. We’ll always come back.”

CRTV, which hosts McInnes’s TV show, backed him in a statement.

“Leftists use bloodthirsty mobs and elites in the liberal media and tech elite to muzzle the voices of anyone who won’t march in lockstep,” the statement reads. “They are working to undermine one of the core tenets of a free society.”

Left-leaning groups, such as the Southern Poverty Law Center, have accused McInnes of racism. He denies that, pointing to the fact that Proud Boys come from various racial and ethnic backgrounds.

In July, a group of Proud Boys was forced out of a Los Angeles bar by a protesting group of people from the Democratic Socialists of America Los Angeles chapter and the anti-gentrification group Defend North East Los Angeles.

The protesters shouted profanities at the Proud Boys and argued with the bar’s owner to kick them out because “they’re Nazis.”

McInnes said on Twitter after the incident that of the 19 Proud Boys in the bar, only three were non-Jewish, non-Hispanic whites, Fox News reported.

McInnes had expressed sympathy in the past for Chilean dictator Augusto Pinochet, but in a 2013 column, he wrote that he changed his opinion after talking to Chileans who lived under Pinochet’s rule.

“Whether you’re on the side of [former Venezuelan President Hugo] Chávez and [Argentinian Marxist guerilla leader] Che [Guevara], or that of Pinochet, the truth is that choosing sides and having these discussions is a luxury that wouldn’t be possible under any of those regimes. They are all oppressive,” he wrote. “I judge a culture on its ability to handle ridicule, and, by those standards, the West is still the best.”

The First Ever Ministerial to Advance Religious Freedom Inspires Hope

The freedom of belief was at the center of the United States’ founding.