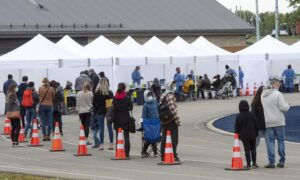 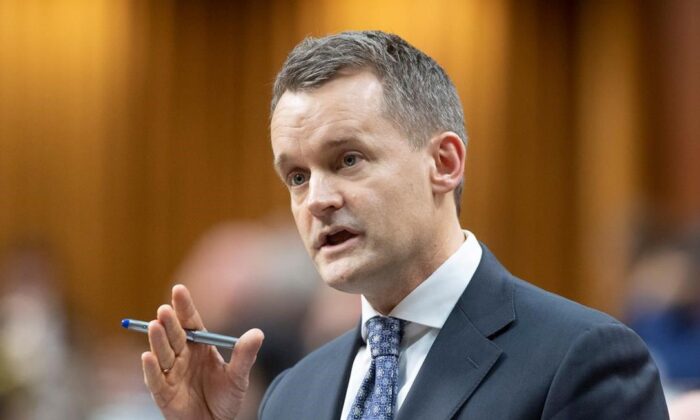 Natural Resources Minister Seamus O’Regan responds to a question during question period in the House of Commons in Ottawa on Feb. 17, 2020. (Adrian Wyld/The Canadian Press)
Canada

The tree-planting spree, spread over a decade, is supposed to start in the spring and cost $3.16 billion over that time, based on federal estimates.

Getting to the 2030 target means planting about 200 million trees a year more than the usual 600 million or so.

The spending watchdog’s analysis suggests getting there is also going to require more money, about $2.78 billion more, bringing the overall cost closer to $5.94 billion.

The budget officer’s report is based on a similar program the Ontario government ran, using the average per-tree cost and adjusting for inflation over the 10-year planting period.

The tree-planting promise made during the 2019 federal election was part of a $3-billion, decade-long effort aimed at managing, conserving and restoring the country’s forests, grasslands and wetlands.

Finance Minister Chrystia Freeland, speaking Tuesday at an online event hosed by the World Economic Forum, linked the effort to the government’s promise for a green economic recovery and on job creation.

“Planting those trees is jobs too. And I have to say it also gets Canadians really excited. It gives people a personal hands-on investment in what it means to be building a green future,” she said.

The program was to take root this fiscal year, which closes at the end of March, but the government hadn’t budgeted any money for the effort and also chalked up delays to the COVID-19 pandemic.

The PBO report does come with a caveat that the estimates may not accurately reflect federal program costs.

Conservative environment critic Dan Albas suggested the figure for the government may actually be higher because the Liberals want to plant trees in urban centres, while the PBO report costs out what essentially is large-scale rural planting.

Budget officer Yves Giroux’s office estimated planting about 1,500 trees per hectare, which is about the size of one soccer field.

“Clearly, this was more of a PR, communications exercise, rather than a substantive policy to help with our environmental goals,” Albas said.

“Either they have to cut their promise and only deliver a much smaller amount of trees? or, second of all, they will have to double or more their budget for this program.”

The budget office also estimates in a separate report that a pandemic loan program for small businesses will cost the government nearly $20.3 billion, more than the $14.6 billion estimated in the fall economic statement.

The Canada Emergency Business Account now provides up to $60,000 in interest-free loans to qualifying small businesses. A portion of the loan is forgivable if paid back on or before Dec. 31, 2022.

The latest federal data for the program shows that nearly $32.7 billion in funding had been approved as of Jan. 21.

The budget officer also released a third report on Thursday looking at the government’s projections from taxing international digital platforms estimates the government may end up getting slightly more than planned from the measure over the next five years.

The PBO’s report estimated the measure could bring in almost $4 billion through that time, but cautioned that figure doesn’t take into account additional costs the government will face to enforce the measure.

The report also cautioned the estimated tax base is subject to a high degree of uncertainty. The PBO also noted that businesses are likely to adjust their services and prices in response to any new tax.