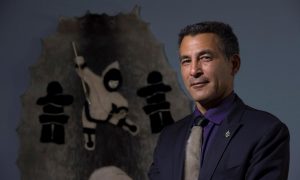 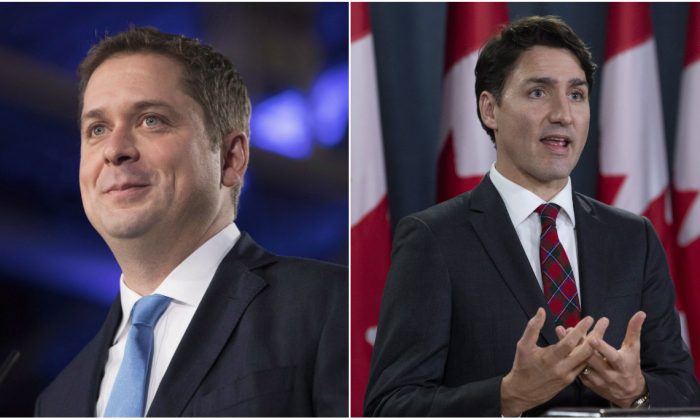 Liberals, Tories Evenly Matched When It Comes to War Chests for Local Campaigns

OTTAWA—The Liberals and Conservatives are matched fairly evenly when it comes to how ready their local campaigns are to pay for the coming federal election, a shift from when the big blue machine dominated the scene the last time around.

The Conservatives have boasted of besting the Liberals when it comes to fundraising at the national level, but an in-depth analysis by The Canadian Press suggests a closer race between the red and blue teams of candidates knocking on doors in neighbourhoods nationwide.

The 2018 annual financial returns for riding associations, which are still trickling into Elections Canada, show Conservative ridings ended last year with about $24.2 million in combined net assets. The Liberals were not far behind, with about $21 million in net assets spread out nationwide.

The Conservatives and Liberals also dominate the top 20 richest associations in the country.

The Greens had about $735,000, although only about half of their riding associations have submitted their reports so far.

A party running a full slate of candidates will be allowed to spend about $28 million during the coming election campaign, plus an average of about $110,000 per candidate, depending on the riding. Unlike in 2015, new election laws mean the cap will not increase with the length of the campaign.

The 2018 financial reports, which are the latest figures available, suggest the Conservatives and Liberals will be well-equipped to reach the spending limit in the lead up to the Oct. 21 election, but the NDP and the Greens will have to ramp up their fundraising and look to their national parties and wealthier riding associations for help.

“Grassroots Liberals over the last few years have worked with Justin Trudeau to grow a base of fundraising support that will be competitive at the local level with the Conservative party for the first time in a generation,” said Braeden Caley, spokesman for the Liberal Party of Canada.

Cory Hann, spokesman for the Conservative Party of Canada, said he would have expected better financial results from a party in power.

“The national party probably has some things to learn from their riding associations, then, because they haven’t quite been able to close the gap like that with us on the national level,” Hann said.

The Conservative riding associations also received about $2.5 million in transfers from the national party, but Hann said that was the result of a revenue-sharing agreement that sends a percentage of money raised through membership sales back to the local ridings.

The numbers also tell a story when broken down by geographical area, providing some clues on where the biggest battles will be.

Each party is allowed to spend a total of $3.7 million in British Columbia, but according to the reports filed so far, only the Conservative riding associations had enough cash on hand at the end of last year to meet that limit.

In Quebec, where each party can spend $6.9 million, none of the parties came close. The Liberal riding associations were in the best shape, with $3.6 million, with the Conservatives having about $1.3 million.

The NDP’s riding associations in Quebec, the province that was key to its good fortune in the 2011 campaign, had only about $615,000.

Melissa Bruno, national director for the NDP, said the party has been working with its deputy leader, Montreal MP Alexandre Boulerice, to raise its fundraising game in Quebec, particularly after losing so many seats there in 2015.

“There was a lot of work that needed to be done to repair relationships with our party activists and that is some of the work that Alex has been integral and crucial in helping the federal party with,” said Bruno.

The riding financial data was downloaded from Elections Canada on Aug. 7. The Liberals had filed 331 of 338 returns containing details of net assets by that date. The Conservatives had filed 324, the New Democrats 312 and the Greens had submitted 174 reports. The Bloc Quebecois, which runs candidates only in Quebec’s 78 ridings, had filed 18 reports. The People’s Party of Canada only registered as a party in January.