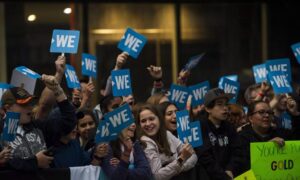 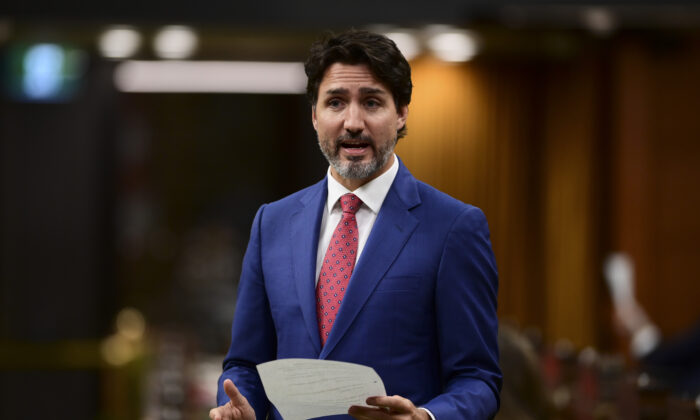 OTTAWA—Justin Trudeau’s minority government survived its most serious confidence test yet Wednesday but opposition resentment over the Liberals’ high-stakes brinkmanship may make it more difficult to avoid defeat in future.

New Democrat, Green and Independent MPs joined with the Liberals on Wednesday, defeating a Conservative motion to create a special anticorruption committee that would have probed alleged examples of the government using pandemic relief programs to funnel money to its friends.

But those opposition MPs made it clear they were voting strictly to avoid plunging the country into an election in the midst of a deadly second wave of COVID-19, and they put the blame squarely on Trudeau for pushing the matter to the brink.

Trudeau had declared that he would regard the motion as a matter of confidence, which meant the government would have fallen had the motion passed.

In the end, it was defeated by a vote of 180-146, with Conservative and Bloc Quebecois MPs supporting it.

“People need help right now. They need confidence in the future. They’re not looking for an election. So New Democrats will not give Prime Minister Trudeau the election he’s looking for,” Singh said prior to the vote.

Similarly, Green Leader Annamie Paul said: “This is not the moment for us to plunge our country unnecessarily into an election because the Liberals and Conservatives are engaged in their high-stakes game of chicken.”

Independent MP Jody Wilson-Raybould, a former Liberal minister, explained her vote on Twitter, saying the government’s decision to make the vote a choice between “a potential election during a spiking pandemic or seeking to avoid transparency/accountability for ethical wrongdoings demonstrates an utter lack of leadership.”

“Imagine risking the health of Cdns to avoid taking responsibility. Shameful,” she tweeted.

The showdown was over the scope and composition of a House of Commons committee that would have investigated the WE Charity affair and other issues the Conservatives said reek of Ottawa sending pandemic-related funding to Liberal friends.

The Conservatives had been willing to drop “anticorruption” from the name of their proposed committee but the Liberals argued the intent remained the same and so stood by the choice to make it a confidence issue.

The failed motion would have given the committee broad powers to call witnesses, including the prime minister and other ministers, and to demand documents on a range of issues, including the speaking fees drawn by Trudeau’s mother and brother over the past 12 years.

The Liberals maintain the committee would have amounted to an endless fishing expedition that would paralyze the government when it should be focused on helping Canadians get through the second wave of the pandemic.

They have proposed their own special committee to examine all government pandemic-related spending, including but not exclusively the WE affair and other matters the Opposition deems suspicious.

New Democrats said the Conservative motion was “over the top,” but they’ve also said the Liberal counter-proposal isn’t good enough—particularly since it calls for a Liberal chair rather than allowing an opposition member to preside.

The NDP proposed another solution Wednesday: a “COVID Accountability Study” that would see the ethics committee scrutinize alleged conflicts of interest in pandemic spending by the government.

The motion to be put forward by NDP ethics critic Charlie Angus highlighted the Canada Student Service Grant as one of the areas to investigate.

The Tories’ attempt to create a new committee came after the Liberals filibustered opposition attempts to revive their investigations into the WE affair at the Commons finance and ethics committees, whose probes were shut down when Trudeau prorogued Parliament in August.

The controversy revolves around the government’s decision last June to pay WE Charity $43.5 million to administer a now-cancelled student service grant program, despite Trudeau’s long-standing family ties to the organization.

Trudeau has said public servants recommended WE as the only group that could manage the program. He has nevertheless apologized for not recusing himself from the decision to involve WE, as has former finance minister Bill Morneau, who also has close family ties to WE.

Both Trudeau and Morneau are under investigation by the federal ethics commissioner for possible violations of the Conflict of Interest Act.