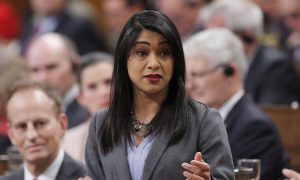 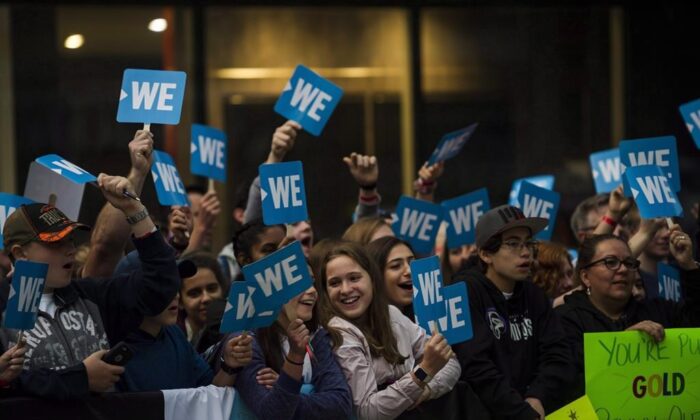 A crowd gathers before the WE Day red carpet in Toronto on Sept. 20, 2018. (Christopher Katsarov/The Canadian Press)
Canada

Liberals, NDP Block Conservative Effort to Have Prorogation Study Include WE Affair

OTTAWA—The Liberals and the NDP have blocked an effort by the Conservatives to get the WE Charity affair probed ahead of a study into why the Liberals prorogued Parliament.

The government must provide a report within 20 sitting days to the Commons procedures and House affairs committee explaining why the August prorogation was necessary.

The Tories had sought to get ahead of it by calling witnesses and requesting documents related to the Liberal government’s choice to have WE Charity run a multimillion-dollar student program.

They argued there’s a clear link between the parliamentary reset and the issue, accusing the Liberals of proroguing Parliament to stop several committee investigations into the controversy.

But Liberal committee chair Ruby Sahota ruled their effort didn’t abide by the procedural rules of the committee, partially on the grounds that it prejudges what is in the government’s coming report.

The Tories tried to overturn Sahota’s ruling but it stood with the NDP’s support.

NDP MP Rachel Blaney had earlier said that while the public does see a connection between the WE affair and prorogation, she had issues with the Conservatives’ motion.

Before prorogation, the Liberals had been facing sustained heat over a decision to award a major contract to WE Charity, an organization with long-standing ties to Prime Minister Justin Trudeau’s family.

Trudeau has apologized for not recusing himself from the decision, which he has maintained was made by bureaucrats not under political pressure.

The Tories have vowed to keep up the pressure on the government over the issue and will likely to try to revive studies that had been underway at other committees before the government shut them down.

The NDP, despite supporting Sahota’s ruling that the Tory effort to get the issue before that committee broke the rules, have said they too want further scrutiny of the WE Charity deal.

They’ve called for the creation of a new special committee that would examine WE and all COVID-19 related spending.