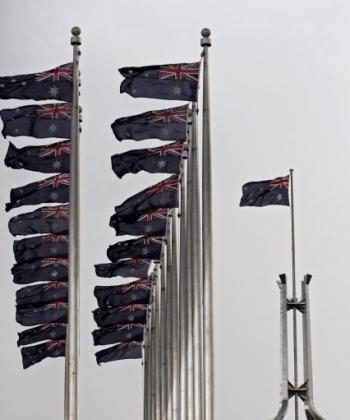 Mr Turnbull, who defeated Brendan Nelson 45 to 41 in a ballot in Canberra on Tuesday September 16, brings a very different approach to politics from his predecessor, says political analyst Dr Clem Macintyre.

“I think Turnbull will take a bit of time to be clearer in the articulation of his policy initiatives,” he told The Epoch Times.

“Nelson had this perception that he was picking up something as it occurred to him.

“Turnbull is more methodical, more tactical, more measured and will be ready to play a slightly longer game.”

Dr Macintyre thinks Mr Turnbull will challenge the Labor Government in ways Dr Nelson could not.

“Turnbull has been described as ‘a force of nature’; there is a forthrightness and competitiveness about him.

“Sometimes with Nelson, you felt it was almost confected, I think.”

Dux of Sydney Grammar School, arts law graduate from Sydney University and a Rhodes Scholar from Oxford, Mr Turnbull has had experience in both legal and financial worlds.

He was general counsel to Kerry Packer’s media empire at a young age and became a household name in 1986 with the Spycatcher case in which he defeated the British establishment’s attempts to ban the memoir of former MI5 agent Peter Wright.

He went on to set up a merchant bank in partnership with former NSW Labor Premier Neville Wran and Nicholas Whitlam,

In 1994 he helped develop the Internet provider Ozemail, which he later sold for a substantial profit.

From there, he became chair and managing director of Goldman Sachs Australia and a partner in the global company – a position that saw him caught up in the collapse of the insurance giant HIH.

He also chaired the Australian Republican Movement from 1993 to 2000 and was its high profile public face in the 1999 referendum.

Dr Macintyre believes it will be the Labor Government’s handling of the economy that Mr Turnbull will hone in on.

“Labor inherited government at a time when internationally things were much less favourable and less secure than they were. It is probably not their fault, but it won’t stop Turnbull trying to maximise the benefit he can derive from that.”

“Then there will be the logistics of it, trying to show that Labor is less successful at delivering on the various policy positions that it put together ahead of the elections.”

What sort of Opposition Leader Malcolm Turnbull will be remains to be seen.

He is known to be energetic and capable, but also bullish and intolerant.

Fellow republican campaigner Tim Costello recalls: “When you’re on the wrong end of Malcolm, it’s terrifying – the thunder in the face and … the tongue lashing.”

With all this in mind, there is one thing that seems certain – Federal parliamentary sessions will not be dull. Let the battle begin.