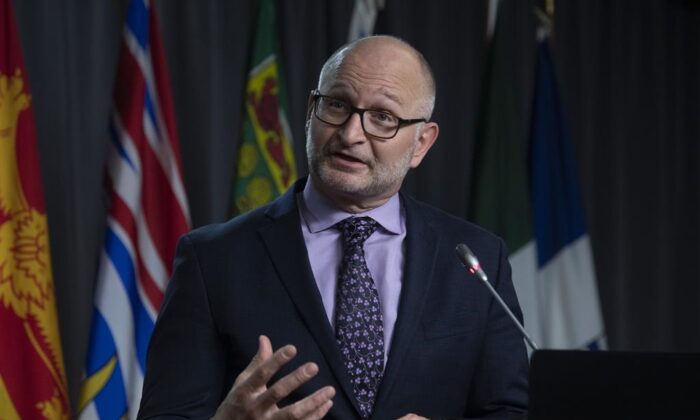 Minister of Justice and Attorney General of Canada David Lametti responds to a question during a news conference on Oct. 19, 2020 in Ottawa. (Adrian Wyld/The Canadian Press)
Canada

OTTAWA—The Trudeau government is moving to repeal mandatory minimum penalties for drug offences and some gun-related crimes, saying they do not make Canadians safer and unfairly affect indigenous and black offenders.

Legislation introduced Thursday would also allow for greater use of conditional sentences, such as house arrest, counselling or treatment, for people who do not pose a threat to public safety.

In addition, it would require police and prosecutors to consider alternative measures for cases of simple possession of drugs, such as diversion to addiction-treatment programs.

The office of Justice Minister David Lametti says serious criminals deserve to be punished and kept away from communities.

But it says too many lower-risk and first-time offenders, including a disproportionate number of indigenous and black people, are being locked away due to policies that are proven not to deter crime.