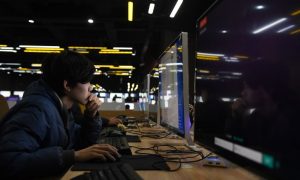 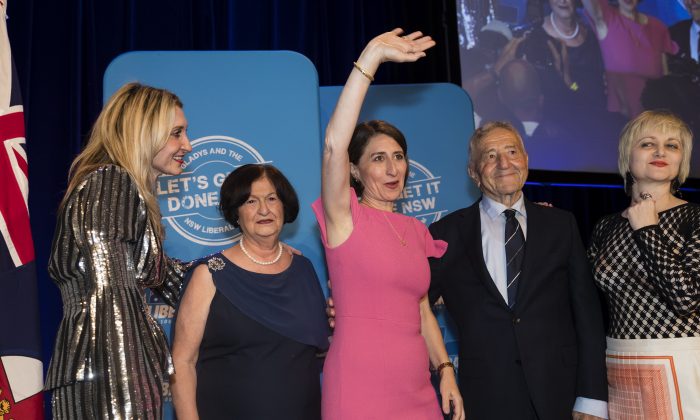 Gladys Berejiklian says whether or not she ends up winning a majority she’ll work closely with the three independents in the NSW lower house.

The Berejklian government has held on to power in NSW with the coalition hoping the result will prove a boost to Scott Morrison just two months out from the federal election.

Gladys Berejiklian on Saturday became the first woman to be popularly elected premier of NSW and she’ll lead the coalition into a third straight term for the first time in 50-odd years.

It’s not yet clear if the government will maintain its majority but even if it falls short Berejiklian will be able to rely on the three returning independents—Wagga Wagga’s Joe McGirr, Sydney’s Alex Greenwich and Port Macquarie’s Greg Piper.

Berejiklian told the party faithful she was incredibly proud of NSW where “someone with a long surname—and a woman—can be the premier.”

With almost 66 per cent of the vote counted the Liberal party and Nationals had won 46 seats in the 93-seat lower house.

Labor had 35 seats, the Greens had three and the Shooters, Fishers and Farmers Party had at least two.

Liberals hope the result is an indication NSW voters won’t punish the prime minister and the party for the 2018 chaos in Canberra when they cast their ballots in May’s federal election.

“How good is Gladys Berejiklian and how good is the Liberal Party here in NSW,” Morrison told the party faithful at a Sydney hotel.

Berejiklian pledged “we will do everything we can to support you and your government’s re-election.”

NSW Labor leader Michael Daley has only been in the top job for four months but after Saturday’s poor showing his days could well be numbered.

He vowed on Saturday night “it is my intention to remain the leader of the party” but admitted he was only “hopeful” of being in the role when parliament returns.

Labor frontbencher Jodi McKay—a potential leadership contender along with Chris Minns—backed Daley to stay in the top job before adding: “In saying that, last week we had a bad week.”

“We had two incidents there which I think all of us wish hadn’t happened,” she said, referring to a video of Daley saying Asian migrants were taking local jobs and his inability to recall, during a TV debate, how much the opposition had committed to schools and TAFE.