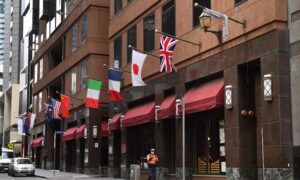 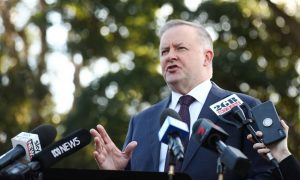 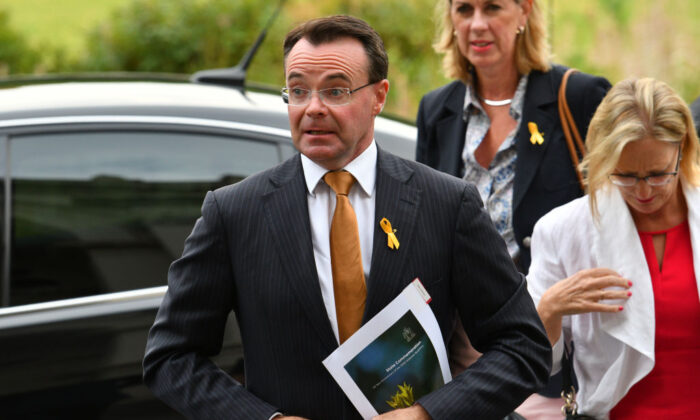 As virus case numbers in Victoria recede to low numbers not seen in almost two months, the premier announced on Aug. 24 that he would seek to extend state of emergency powers up to 18 months, including the six months already passed.

Human rights campaigners, Liberty Victoria, have contested the extension, saying the powers should be limited to six minths and reviewed constantly.

“The Government’s approach of writing itself a blank cheque and then reviewing the situation later is inconsistent with the preservation of Victorians’ human rights,” the statement read.

“The declaration of a state of emergency imposes extraordinary limits on Victorians’ human rights.”

The emergency powers have allowed authorities to impose restrictions on individual freedoms and movement that suspend constitutional norms, using directions that circumvent normal parliamentary scrutiny, according to a parliamentary document.

Further, Liberty Victoria wants the state Parliament resume sitting as soon as safely possible to ensure the health of democracy that they say is put at risk over time by the exercising of emergency powers.

As the hashtag #DictatorDan trended on Twitter, Andrews took to the social media platform to defend his decision.

“Extending the State of Emergency is about ensuring that we can legally make the changes our health experts need to keep us safe,” he wrote on Twitter on Aug. 24.

“This does not change how long our current lockdown will last, or increase the restrictions we face.

“Getting back to normal won’t ever be an option if we can’t protect what we’ve already achieved. These changes are about saving lives and keeping Victorians safe—nothing more, nothing less.”

Extending the State of Emergency is about ensuring that we can legally make the changes our health experts need to keep us safe.

This does not change how long our current lockdown will last, or increase the restrictions we face.

Liberal Democrats MP David Limbrick told 3AW on Aug. 24 that he will block the move that he suspected Andrews would try eventually.

Limbrick said: “We think the government, for too long, has been relying on these emergency powers rather than trying other means such as voluntary compliance.”

The Liberal Democrats MP thinks Victoria has some of the worst results even with the current heavy handed policing being enforced under the emergency powers currently in place.

“I don’t think this is going to be supported by people at all,” he said.

Labor does not have a majority in the upper house and therefore will rely on crossbench MPs to get the extension passed through Parliament.

When asked, Limbrick said he knew the other crossbenchers had heard concerns from their consituents but didn’t know how they would vote.

“A lot of them have very serious concerns about this extension,” said Limbrick.

“We will stand with Victorians whose rights and freedoms are threatened by this extraordinary power grab,” O’Brien.

“Victorians deserve democracy, they deserve accountability, they deserve transparency but instead what we get from Daniel Andrews is another attempt to extend his power over the lives of Victorians,” he said.

The currently legislated emergency powers are due to end on Sept. 13 unless the extension is approved.

If successful, the Chief Health Officer will have extended powers to impose measures such as mandatory mask-wearing and quarantine. As well as the power to impose limits on gatherings and COVIDSafe measures at work.

According to a Parliament of Victoria document entitled Emergency Powers, Public Health and COVID-19, restrictions can be imposed to override constitutional laws and bypass parliament.

Victoria Parliament is scheduled to meet next week.