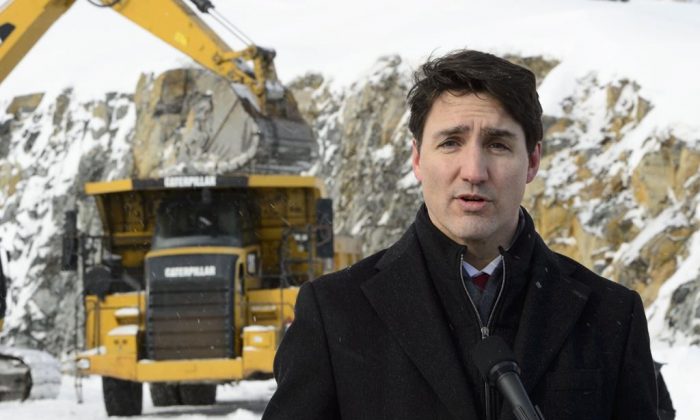 Liberals Agree to Only Limited Hearings on Wilson-Raybould, SNC-Lavalin Controversy

OTTAWA—Liberals faced accusations of a coverup on Feb. 13 after they agreed to hold limited committee hearings into an allegation that former attorney general Jody Wilson−Raybould was improperly pressured to help SNC−Lavalin avoid criminal prosecution.

Their short list of three proposed witnesses does not include Wilson−Raybould, who resigned from cabinet on Feb. 12.

The five Liberal MPs on the House of Commons justice committee used their majority to block an opposition motion that would have seen the committee hear from nine key players in the controversy, including Wilson−Raybould, current justice minister David Lametti, clerk of the Privy Council Michael Wernick, and senior aides in the Prime Minister Justin Trudeau’s office, including chief of staff Katie Telford and principal secretary Gerald Butts.

The Liberals approved instead their own motion, which called on the committee to hear from just Lametti, Wernick, and the deputy justice minister—although more could be added next week after getting legal advice, behind closed doors, on what steps the committee needs to take to avoid interfering with two ongoing court cases involving SNC−Lavalin. The Montreal engineering giant has been charged with bribery and corruption involving contracts in Libya.

The Liberals defeated an attempt by New Democrat MP Nathan Cullen to strike a compromise of six witnesses, adding Butts and two other senior PMO aides who were heavily involved in the SNC−Lavalin file.

They also defeated a Conservative motion calling on Trudeau to immediately waive solicitor−client privilege, which Wilson−Raybould has cited as preventing her from commenting on the allegation.

The Liberal motion calls on the committee to study the legal principles at the root of the controversy—including the recently added Criminal Code provision that made it legal to negotiate remediation agreements in cases of corporate corruption, a form of plea bargain in which a company pays restitution, but avoids criminal prosecution that could bankrupt it.

The motion also included looking at the so−called Shawcross doctrine, which spells out the degree to which an attorney general may consult with cabinet colleagues about a prosecution.

“That is not an investigation, that is simply going through the motions,” Cullen said after the meeting, accusing the Liberals of “battening down the hatches” to prevent any truth from coming to light.

“Liberals seem to think that this should be just a sort of study group, a book club to look at all sorts of interesting ideas about the law rather than the scandal that’s right in front of Canadians.”

Conservative MP Michael Cooper said the Liberals’ motion is “part of a coverup” and an attempt at creating “a diversion” with lengthy hearings on legal principles.

“At the end of the day, this is really not that complicated. This is about the fact that certain officials in the PMO were alleged to have put pressure on the former attorney general to interfere in a criminal investigation, nothing more, nothing less … The Liberals aren’t interested in that. They’re interested in covering this up.”

Liberal MP Randy Boissonnault, who proposed the successful motion, defended the Liberals’ refusal to call Wilson−Raybould to hear her side of the story. He said she’s bound by a rule that prohibits a former minister from commenting on her previous portfolio and by solicitor−client privilege, noting that Wilson−Raybould has hired a former Supreme Court justice to advise her on what she can say.

“I think it’s important for Ms. Wilson−Raybould to speak to Canadians on her own terms. It doesn’t need to be something we do here at the justice committee,” he said.

Trudeau, meanwhile, was sticking to his message that Wilson−Raybould had a duty to speak up months ago if she had concerns about the way the government was handling the SNC−Lavalin case.

At a short appearance in Sudbury, Ont., Trudeau dodged a question about what reason Wilson−Raybould gave about why she resigned from cabinet, leaving the microphone rather than answering.

Wilson−Raybould was demoted to the veterans affairs post in a January cabinet shuffle. A Globe and Mail report, attributed to unnamed sources, last week alleged the PMO leaned on her to instruct the director of public prosecutions to negotiate a remediation agreement with SNC−Lavalin.

Trudeau has denied any improper pressure was put on Wilson−Raybould and maintains she never mentioned any concern about that to him.

Conservative Leader Andrew Scheer, who is touring New Brunswick, accused Trudeau of “trying to paint himself as the victim in all of this,” while “publicly impugning [Wilson−Raybould’s] character in a way that prevents her from speaking for herself.”

Federal ethics commissioner Mario Dion has initiated his own investigation into the matter, specifically whether there’s been a violation of the Conflict of Interest Act.