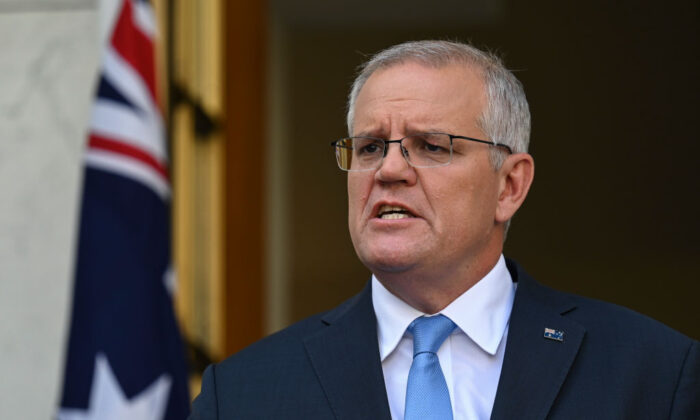 The Australian Prime Minister Scott Morrison delayed calling the election because the Liberal Party engaged in a preselection stoush, which impeded efforts to nominate candidates in 12 seats in the state of New South Wales (NSW). As a member of a three-person committee, the prime minister exercised a “captain’s pick” and preselected candidates in those seats.

Specifically, the conflict that resulted in the federal executive’s intervention in the preselection process concerned challenges to sitting members of parliament, some of whom are ministers.

Further, businessman Matthew Camenzuli, who disagreed with the power of the federal executive to intervene in the process of selecting candidates, initiated court action in NSW to have the preselection of the candidates declared invalid.

However, the NSW Court of Appeal decided that political issues are not justiciable—a correct decision from a constitutional point of view—but it exceeded its role when it indicated in its judgment that the federal executive has the power to intervene in state preselection issues.

Camenzuli, who has since been expelled from the Liberal Party, has now asked the Australian High Court to review, as a matter of urgency, the decision of the Court of Appeal.

These preselection troubles significantly add to the problems already experienced by a besieged prime minister. Very recently, the prime minister was accosted by unfriendly and disrespectful electors in a pub. And on the ABC’s Q&A program, Gideon Rozner from the Institute of Public Affairs argued that Morrison had strayed from his party’s values.

He described him as the worst Liberal prime minister because he ramped up a trillion-dollar debt, prevented Australian citizens from returning home during the pandemic, making them stateless, and trashing freedom of speech, among other things.

This strident condemnation of Morrison’s actions reminds the electorate that it is easy to criticise elected politicians, but it is infinitely more difficult to objectively assess a politician’s contributions to society.

Indeed, the horrid television scenes of a pubgoer angrily harassing the prime minister make for riveting television but do not involve an intelligent, objective discussion of the relevant social issues. It does, however, point to the existence of frustration and a feeling of general powerlessness among the electorate.

But Rozner’s claim that the prime minister has effectively disembowelled core liberal values is to be taken seriously. The substance of Rozner’s claim may well be illustrated by the intervention by the federal executive in the preselection process—a matter otherwise coming within the competence of the regular members of the Liberal Party in NSW—to secure the preselection of sitting members of parliament, including Minister Sussan Ley, who faced stiff competition from other members of the Liberal Party. Admittedly, an issue the opposition Labor Party is also contending with.

In his view, his defence of female candidates has been his primary motivation and “people know that.” He also indicated that the federal intervention resulted in the preselection of 50 percent women and 50 percent men.” And yet he also claimed that he wanted to ensure that the “best” candidates were selected.

Common sense suggests that a quota-driven selection process is incompatible with the view that the best candidates should be preselected. Furthermore, Morrison’s claim could only be valid if skills, abilities, and aptitudes were distributed equally among people, which is not the case. In any event, there are open-ended degrees of excellence, which would enable preselectors to differentiate between candidates.

Although the NSW Court of Appeal has decided that the actions of the prime minister are legal, what is legal may still be distinctly anti-liberal if the preselection fails to endorse the “best” or most “suitable” candidates in accordance with the relevant democratic decision-making process of the Liberal Party.

The real reason women are underrepresented in parliament may, in fact, have little to do with discrimination. Of course, people should enjoy equality of opportunity and be able to pursue appointment to any position available in society. The implementation of equality of opportunity requires the removal of impediments to female advancement, but it does not require, nor does it necessarily result in, equal outcomes, unless a quota is set.

However, an emphasis on equality of opportunity, as opposed to equality of outcome, may be regarded as inadequate and arcane, especially if one believes that societal arrangements make it difficult for women to be preselected as a liberal candidate.

One of the beneficiaries of Morrison’s captain’s pick, Sussan Ley, has been described by the prime minister as one of his “finest cabinet ministers and one of our most successful women members of parliament.” Ley favours affirmative action quotas and, therefore, she would agree with the prime minister’s proud admission that 50 percent of the preselected candidates are women.

In the past, barriers to female preselection may have been caused by paternalistic attitudes that stereotyped women.

According to this contention, discrimination existing in the wider society is responsible for female lack of opportunity. Subtle society-wide prejudices may induce women to avoid certain occupations and encourage them to specialise in occupations where women are dominant.

Thus, occupational segregation may point to the fallacy of voluntarism because discrimination can be the result of culturally or environmentally induced constraints of domesticity.

But in pursuing equality of result or outcome, the prime minister and his committee are also effectively responsible for stereotyping women because this version of equality is based on the idea that women cannot make it on their own.

The assumption, that women are necessarily members of a discriminated class, effectively condones discrimination against those women who have voluntarily chosen their own future and can make meaningful choices.

Federal intervention in the preselection process is thus an example of overreaching, which distorts the liberal promise of equality of opportunity for all citizens.

Former Prime Minister Robert Menzies, who founded the Liberal Party, would have been appalled by the abandonment of core liberal values by the present generation of politicians. As he favoured the preselection of candidates on the ground of personal merit, he would undoubtedly have regarded the actions of some liberal members of parliament as trendy examples of “illiberal” behaviour.

The reality is, people believe that the prime minister has devalued the conservative base of the Liberal Party for a long time. The feeling is that he will go where the wind blows but is incapable of delivering government based on liberal principles and values.