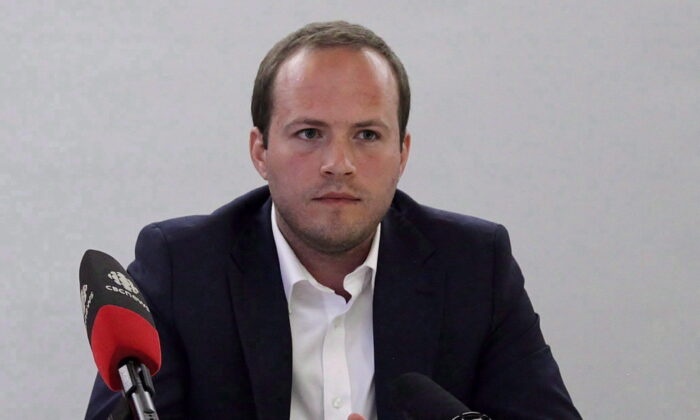 But will vote for it since it is 'now a confidence vote,' he says
By Isaac Teo

A Liberal MP says he is uncertain if the use of the Emergencies Act is warranted, but says he may have to vote in favour of it due to “the fact it is now a confidence vote.”

In a speech on Feb. 21, Liberal MP Nathaniel Erskine-Smith said he has concerns about the invocation of the Emergencies Act by his government and the extension of its measures for 30 days.

“I’m skeptical that the strict legal test was met for the Act’s invocation, and I’m not convinced that the emergency measures should continue to exist beyond today,” Erskine-Smith said.

“I would vote accordingly, but for the fact it is now a confidence vote. The disagreement I’ve expressed here does not amount to non-confidence, and I have no interest in an election at this time.”

Prime Minister Justin Trudeau invoked the Emergencies Act on Feb. 14, using it as a means to quash the protests against COVID-19 mandates and restrictions by truckers and their supporters in Ottawa across the country.

Protesters have now largely been cleared from downtown Ottawa over the weekend. Blockades at several Canada-U.S. border crossings were also cleared and had been reopened since before the Act was invoked.

At a press conference on Feb. 21, Trudeau said any parliamentarians who voted against the Act later that night are doubting the competency of the leadership of the federal government.

“I can’t imagine that anyone who votes ‘no’ tonight is doing anything other than indicating that they don’t trust the government to make incredibly momentous and important decisions at a very difficult time,” he said.

The NDP has so far said they will support the Liberals on the vote, which will give the minority government enough votes to pass the Act. Conservatives and Bloc Quebecois have opposed it.

Erskine-Smith said he is frustrated that the federal government has not made it clear on which grounds it is relying to define the convoy protests as a “national emergency.”

The Emergencies Act defines a national emergency as “an urgent and critical situation of a temporary nature that (a) seriously endangers the lives, health or safety of Canadians and is of such proportions or nature as to exceed the capacity or authority of a province to deal with it, or (b) seriously threatens the ability of the Government of Canada to preserve the sovereignty, security and territorial integrity of Canada.”

“When we look at the illegal blockades, and the negative impact they wrought on so many lives, there’s a fair argument that they meet the definition of a national emergency, so long as we understand capacity to mean both whether a province could act in theory as well as the reality of their action,” Erskine-Smith said.

“But again, it is the blockades at issue. When we look at the threats of serious violence, the violence that itself must constitute the national emergency at issue, it’s unclear how the definition is met at all.”

At a press conference at Lord Elgin Hotel on Feb. 19, Freedom Convoy spokesman Tom Marazzo disputed the “illegal” claim by the authorities, saying that their protest has always been peaceful.

“There has never been violence in the three weeks that I have been here. … There was no damage,” he said.

Besides Erskine-Smith, two other Liberal MPs have dissented from their party’s position lately.

Liberal MP Joël Lightbound broke ranks with his party on Feb. 8, saying that the Liberals politicized the pandemic at the time of the 2021 election.

“From a positive and unifying approach, a decision was made to wedge, to divide, and to stigmatize. I fear that this politicization of the pandemic risks undermining the public’s trust in our public health institutions,” Lightbound said at a press conference.

Liberal MP Yves Robillard also broke ranks with his party the next day, telling The Hill Times on Feb. 9 that Lightbound “said exactly what a lot of us think.”

Omid Ghoreishi and Noé Chartier contributed to this report.