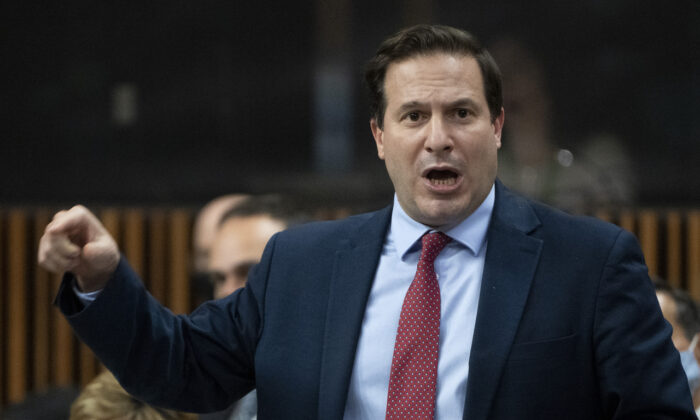 Ottawa Commits $1 Billion to Provinces Toward Ban on Handguns

“The majority of gun-related homicides involve a handgun, and that’s why our government is committed to investing $1 billion to support those provinces and territories who want to ban handguns,” Mendicino said during a meeting of the House of Commons Standing Committee on Public Safety and National Security.

On May 1, 2020, Prime Minister Justin Trudeau announced a ban on over 1,500 makes and models of “assault-style” weapons, effective immediately. Gun Owners were given a two-year amnesty period before having to give up their weapons.

“Now that we have banned assault rifles, we have to take the next steps and implement a buyback program,” Mendicino said. “To all the survivors and advocacy groups … we are listening to you, we are going to make the buyback program mandatory.”

Mendicino said the government is asking the committee to study Bill C-71, saying the bill “is important as part of our strategy to fight against gun violence.”

“We passed Bill C-71, which requires enhanced background checks to prevent those who have a history of violence from owning a firearm. Regulations under Bill C-71 have been referred to this committee. Once in force, they will help police trace illegal guns and ensure that firearms licenses are verified,” he said.

Conservative MP Raquel Dancho expressed doubts about the government’s measures’ effectiveness in curbing gun violence, particularly after Bill C-5 removed the mandatory minimum penalties for offences such as “robberies with a firearm extortion, extortion with a firearm, and weapon trafficking, discharging a firearm with intent to injure, and using a firearm in the commission of a crime.”

“We’re quite concerned that on one hand, we’re seeing criminals using often illegally smuggled guns to harm our communities, and on the other hand, your government is taking away the ability to ensure they have mandatory prison time,” Dancho said during the meeting.

She also questioned the effectiveness of the firearms buyback program, especially when people who own guns illegally are unlikely to give up their firearms.

“Criminals will not be handing their guns back to you, and they are the ones that are hurting people in our cities,” Dancho said.

In response, the public safety minister said the government will increase criminal penalties for gun smuggling and trafficking, while also investing $250 million in a “safe communities fund” to create safer and more inclusive spaces.

“We have a responsibility to work together to reduce gun violence. We cannot risk another shooting at school, a place of worship, or at a police officer, or on women, or on any innocent life,” Mendicino said, adding that none of the regulations are targeting the lawful gun owners.

“I say to our law-abiding gun owners, we know that you are responsible, prudent, and respectful of the law. I want to assure hunters, farmers, and target shooters that nothing we are doing is intended to diminish your lawful recreational activities.”