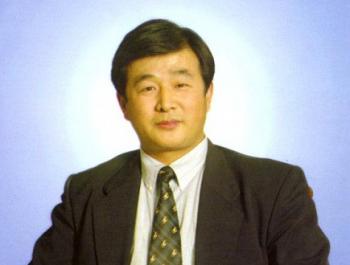 An attentive audience at the 2009 Asia-Pacific Human Rights Foundation awards ceremony in Baldwin Park, CA. (The Epoch Times)
US

The Asia-Pacific Human Rights Foundation was founded in New Zealand, and moved to Los Angeles in June 2008. It has chambers in Hong Kong, New Zealand, Australia, Japan and several European countries.

Eight of the awards were given to individuals for outstanding work in the field of human rights. Among the recipients were Pastor Eddie Romero, who was arrested in China in 2008 during the Olympics for protesting the Chinese government’s human rights abuses; Chris Wu, President of China Interim Government, Wu Gan, a now well-known Internet user who helped expose Chinese government officials’ attempted rape of Ms. Deng Yujiao; and Dr. Yang Jianli, a 2005 recipient who was still in jail in China at the time of his award. Dr. Yang is a Harvard Fellow who was arrested in China in 2002 for helping labor unions utilize non-violent struggle strategies.

Among the nine awards, one special award was given to Mr. Li Hongzhi, Founder of Falun Dafa, for outstanding spiritual leadership and his contributions to improving morality and promoting traditional Chinese culture.

Falun Dafa, also called Falun Gong, is a type of Qigong that includes four sets of exercises, meditation, and a moral discipline based on the principle of truthfulness-compassion-forbearance. By 1999, the Chinese government estimated that 70 to 100 million people were practicing Falun Dafa, which didn’t sit well with Jiang Zemin, China’s former communist ruler.

In July 1999, the Chinese government banned Falun Dafa and China’s state-controlled media began a campaign to slander the practice. Over the past 10 years, human rights organizations and experts have noted that Falun Dafa has been the most severely persecuted group in China.

Youfu Li, chairman of the U.S. Western Falun Dafa Association, accepted the award.  He said, “Mr. Li Hongzhi taught the principle of truthfulness-compassion-forbearance around the world. He helped improved people’s morality. Over the past 10 years the communist party has persecuted many people. Over the years, Falun Gong practitioners have used compassion to expose the Chinese communist party and save people’s conscience.”

Christian Pastor, Eddie Romero, had this to say about Mr. Li Hongzhi’s award:  “Well, I think it’s wonderful that we’re on the same side together on the same issue. To be able to stand together against the People’s Republic of China for their oppressive ways, I think that’s a powerful thing. I’m excited to be able to stand there and also to receive along with the Falun Gong leader the awards, because again, we’re standing on the same side of this issue, and to me, it’s important that we stand shoulder to shoulder on this issue and not become fractured over it because I’m not a Falun Gong member and I know he’s not a Christian, but we share this together because we’re sisters and brothers whether they’re Falun Gong or House Christians.

Dr. Yang Jianli, Fellow at Harvard University, and President of Initiatives for China, said: “I’m glad to learn that Mr. Li Hongzhi won this award, and I think he deserves this award. In the past 10 years, Falun Gong represents the most persecuted group in China, and ever since the Chinese government started the persecution against Falun Gong practitioners, the practitioners have been working so hard to break down the firewall erected by the Chinese government, among other things. They work closely with other human rights activists to try to bring the ideas of human rights and even the concrete plans of how to change China back to China, which played a very important role in the past 10 years in this movement. In this sense, I think Mr. Li deserves this award.

Last year the foundation gave an award to the Dalai Lama as well as to U.S. Congressman, Dana Rohrabacher for his dedication to human rights in Asia.

“In the past year," said Mei, "Asia-Pacific Human Rights Foundation attended at least 31 events supporting Asia-Pacific human rights. These events improved the human rights situations in these countries. Especially after March, when we established relationships with various American Associations and Unions."

According to Mr. Mei, the foundation attended seven events organized by the U.S. Congress and successfully motivated the U.S. government to raise human rights issues while working with Asian countries.  He hopes the U.S. will link human rights with trade in the future.