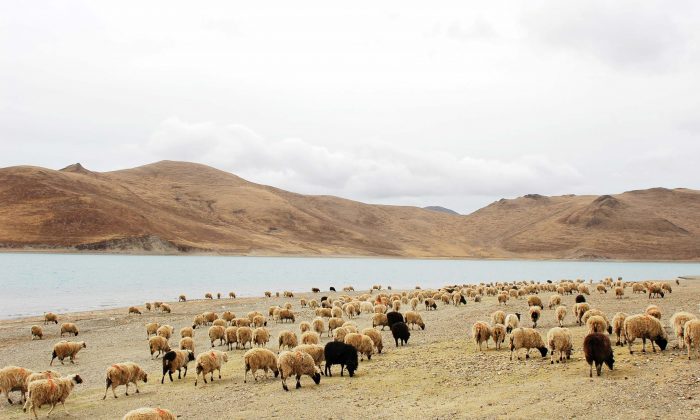 Landscape of sheep grazing near water in China. (Fotolia)
China

Li Deyu (A.D. 787-850), a famous prime minister from the late Tang Dynasty, was born into a high-ranking family. His father was the prime minister of Emperor Xianzong.

Li Deyu was outstanding from a young age. He was a favorite of Emperor Xianzong, who often sat him on his knees. Li entered the court at an early age because of family influence, and he served during the terms of four emperors in his life.

When Emperor Wuzong came to the throne in 840, Li became the prime minister. He was in charge for five years with notable results, and the title Duke of Wei was bestowed on him.

Li felt uncertain about his future and asked a clairvoyant monk. The monk said that he would be demoted and sent 10,000 li to the south (the li is a traditional Chinese unit of distance; today 10,000 li is about 5,000 km). However, he could still return to the capital, the monk said.

Li sighed in wonder and said: “Master is a real sage. When I was young, I once dreamt that I toured the Jin Mountain and saw flocks of lambs everywhere. Many shepherds greeted and saluted me, telling me that these lambs were mine. I always remembered this dream, but I never told anyone!”

In about a fortnight, the minister of Zhen Wu (in today’s Inner Mongolia), Mi Ji, sent a messenger to Li that he had been given a present of 500 lambs.

Li was shocked and asked the monk, “If I refuse these lambs, can I escape my fate?”

The monk said: “As it has already happened, these lambs are now yours. Whether you take them or not, they are already within the budget of your predestined wealth. So it looks like you cannot return from your journey to the South.”

Li was very sad upon hearing that.

He was soon demoted and sent to Ya Zhou (in today’s Hainan Island). He died one year after he took up his duty there.

Thereafter, people used the phrase “consumption of 10,000 lambs” to mean that the amount one will enjoy in life is prearranged or predestined. When one has received his due amount of wealth, his life will also end.