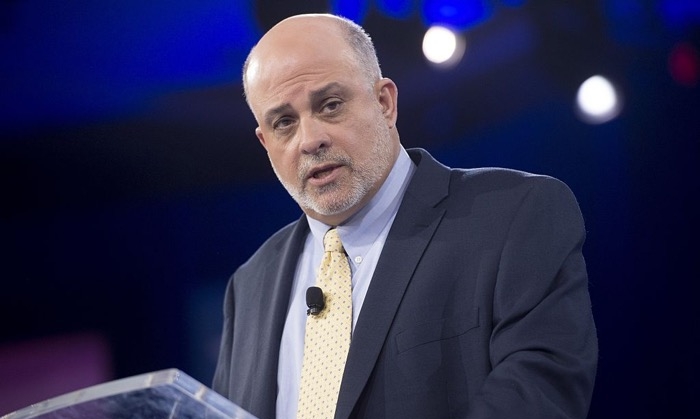 Conservative talk radio show hosts Mark Levin, Dan Bongino, and Ben Shapiro have denied receiving an alleged censorship memo from the company that owns the radio stations their shows are aired on.

The Washington Post reported on the alleged memo from Cumulus, a syndicate that owns 416 radio stations in the United States, on Jan. 11. The memo purportedly threatened to fire conservative hosts who fail to tone down discussions about election fraud. A number of left-wing media outlets picked up the story.

“I never got any memo,” Levin said on his radio show on Jan. 11. “Nobody threatened me. Nobody told what I could or couldn’t say. Because if they did, you’d be hearing about it. But they didn’t.”

“I haven’t incited anything. I don’t promote violence. But The Washington Post has a narrative. Paul Farhi has a narrative,” he said, referring to the reporter who wrote the story for the Post. “He’s also a liar. Paul Farhi should have picked up the phone and called me. And I could have told him right there and then I never got any memo, but that would destroy his entire narrative.”

The Washington Post didn’t respond to a request for comment. The opening sentence of the article accused Cumulus and its hosts of “stoking anger about alleged election fraud.”

“That story is 100 percent fake news,” Bongino told The Epoch Times. “I DO NOT work for Cumulus, they are only a sales rep. I don’t know the person who sent the email in question, and neither me, nor ANYONE else on my team received any such email. And if I had, I would’ve ignored it because I am the only person who decides what goes in my show. But, to be clear, I was never sent any such email.”

The Post story is appended with a correction stating that “that while Ben Shapiro is one of Cumulus’s most popular hosts, he is not among the voices who have promoted claims of a rigged election.”

“Cumulus is not Ben’s employer and hasn’t told Ben jack [expletive] about what he can or cannot say on air,” Jeremy Boreing, the co-founder of The Daily Wire and Shapiro’s boss, wrote on Twitter on Jan. 11. “Also, Ben never said the election was stolen.”

According to the Post, Cumulus sent the letter out on Jan. 6, the day a mob of protesters broke into the U.S. Capitol and interrupted a session of Congress convened to vet and certify Electoral College votes. Big Tech companies have used the event to censor conservative voices. Social media giants Twitter and Facebook have banned President Donald Trump from their platforms. Google, Apple, and Amazon also booted free-speech social media app Parler from their platforms.