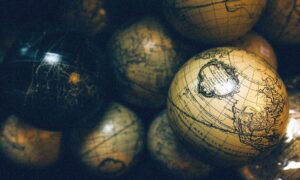 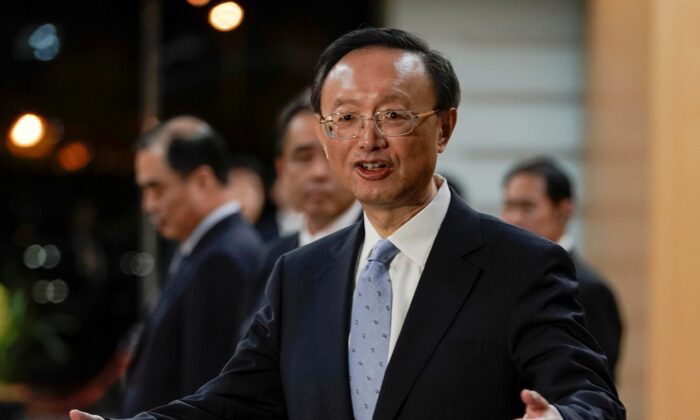 February 2021 reprises a red-line drama, not yet as tragedy and not as farce but definitely as a threat to world peace. The repetition tests the will of President Joe Biden’s administration to defend American security and a common-sense understanding of human freedom.

Then Yang added the most nuanced phrase: “They”—the so-called internal affairs—“constitute a red line that must not be crossed. Any trespassing would end up undermining China-U.S. relations, and the United States’ own interests.”

The Assad dictatorship’s attack violated former President Barack Obama’s now-infamous August 2012 “red line” speech in which he forbade the use of chemical weapons against civilians by Assad’s forces. Obama said he would not permit a chemical weapons war crime on his watch.

When the nerve gas killed, Obama dithered. He didn’t enforce his red line.

Yang’s threat comes less than a week after Chinese aircraft intruded on Taiwanese air space. That was a military show of force to test the Biden administration. Yang escalated the diplomatic challenge.

Military power, diplomatic challenge? Mix them and you’ve got a cocktail of the military and diplomatic elements of power.

But information power is also in play. In the immediate background lurks Hunter Biden and his potentially billion-dollar deal with Chinese communist entities. Scrutiny and analysis and totally relevant preelection examination of the Biden family’s financial arrangements with China were suppressed by social media tech titans and anti-Trump mainstream media.

In strategic terms—a fancy way of saying the long run—former President Donald Trump’s defeat of the corrupt mainstream media was his most important 2016 election victory. Since 1968, mainstream media bias (a wicked bias favoring leftist Democrats) has been America’s most grave strategic weakness. America is extremely powerful. Given America’s military and economic power, our enemies pursue “judo strategies” that exploit internal weaknesses. How do you defeat America? You let America defeat itself.

Here’s the weakness in two nutshells.

Oh, yeah. The crooked press portrayed it as an email issue. It was calculated criminal disregard of rules governing the protection of classified information. Hillary Clinton and her campaign knew this, and so did James Comey’s FBI, which chose not to indict her. Instead, Comey’s FBI and the corrupt media falsely accused the Trump campaign of “collusion” with Russian President Vladimir Putin.

The failure to put ex-FBI attorney Kevin Clinesmith in prison for his criminal alteration of a legal document is a stain on the Department of Justice. Who is in charge of the DOJ that made the decision in February 2021?

Austin Bay is a retired colonel in the U.S. Army Reserve, author, syndicated columnist, and teacher of strategy and strategic theory at the University of Texas–Austin. His latest book is “Cocktails from Hell: Five Wars Shaping the 21st Century.”