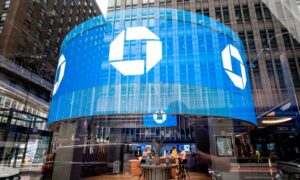 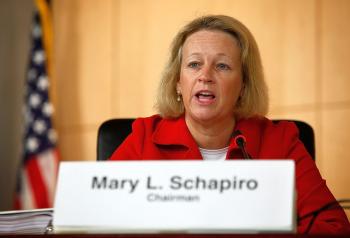 By Heide B. Malhotra
Print
WASHINGTON—The Securities and Exchange Commission (SEC) is on a roll to ferret out investment techniques, such as dark pools and flash orders, to eliminate practices that put certain large market players at an advantage over smaller investor groups and individuals.

“We should never underestimate or take for granted the wide spectrum of benefits that come from transparency, which plays a vital role in promoting public confidence in the honesty and integrity of financial markets,” Mary Schapiro, SEC chairman, said in a statement.

To emphasize her concern, she continued, “Today’s focus on dark pools is just one part of our broader ongoing review of how the equity markets are structured.”

The dark pool technique, which has increased threefold since 2000, is used when Wall Street brokerage firms agree among themselves to trade stock with the intention of not affecting the price of “large blocks of stock.”

“Five years ago, there were 18 dark pools comprising 1.5 per cent of the market’s volume; today, over 50 dark pools execute over 12 per cent of market trades,” stated Peter J. Chepucavage, general counsel at Plexus Consulting, on behalf of the International Association of Small Broker Dealers and Advisors.

This SEC action only addresses one dark pool technique. Apparently, there are different types of dark pool methods that will be reviewed and addressed publicly in the future.

“We are focused on those dark pools that transmit electronic messages to a limited group of market participants,” Schapiro explained in a SEC webcast.

“Flash orders provide a momentary head-start in the trading arena that can produce inequities in the markets and create disincentives to display quotes,” Schapiro, who also advocates a ban on flash orders, said in a SEC statement.

Flash orders occur when the stock exchange flashes investor stock orders to selected large banks and hedge funds before the entire market becomes privy to such information. This practice allows the privileged a split second advantage over the general public to buy or sell stocks.

A dissenting voice at the SEC does not see flash orders as detrimental in the market forces equation, as in his eyes, such tactics are kept in check by the market and are only used infrequently.

“I am keenly interested in comments that address whether there are less restrictive alternatives to a ban that may strike a more appropriate balance,” SEC Commissioner Troy Paredes said in a speech during a recent SEC open meeting and published on the SEC Web site.

Paredes considers flash orders a market advantage, an innovative approach to trading, and not an illegality that eliminates traders not privy to such techniques. It appears there are advantages that favor keeping flash orders alive. Flash orders provide a venue for investors who abhor public display of their quotes. Also, the cost of receiving flash orders is low when compared to other investment techniques, and those prescribing to this type of information dissemination may earn a rebate versus being charged a fee.

“We need to guard against imposing regulatory constraints that unduly discourage innovation and competition.” Paredes concludes.

But some members of the public and those from smaller trading firms object to such tactics.

“This [flash order] is not legitimate sales of securities, this is gaming the system and leads to emotional and non-rational results such as sensational swings in both directions,” industry professional Adam Gretzinger from Oregon told the SEC on Sept. 18.

Greg Gilbert, president of Infinity Financial Services, calls flash orders “a digital form of ‘Front Running.’ It is an egregious error that this occurs.” In his opinion, this form of trading puts anyone not belonging to the big firms at a great disadvantage.

Junuis Peake, Monfort Distinguished Professor Emeritus of Finance at the University of Northern Colorado, bemoans the fact that although the SEC was directed by U.S. Congress in 1975 to foster an American market system that would work in the best interest of the market without any interference by external forces, it has been implementing Band-Aid solutions over and over again. Each such resolution was flawed, requiring another Band-Aid solution.

Professor Peake fears that “Approving the proposed rule about flash trading will once again increase the fragmentation of our market, a defect identified since 1975 (and even earlier) as one of the worst problems to be solved by the markets existing design.”

William A. Thayer, a retired financial planner, noted that to use flash trading, one needs a super fast computer that is out of the budget range of a small-time investor or small brokerage firm. He stated that the liquidity enhancement through flash order is nothing more than a bogus trading technique, because it does not provide the company with long-term capital, but a way for a few investors to beat the system and increase their takings.

Jeffrey Hunt Mantel, CEO of the Mantel Group, said that the concern regarding flash orders “is a red herring. As a private investor, I have never acted on a momentary appearance of a quote on my computer screen.”

He goes on to say that flash trading shouldn’t concern most investors.

“Rather I analyze the equity in question, talk to my broker, and may in fact wait minutes, hours, days, or weeks before I send an order to trade that equity if ever I do. Flash trading (and algorithmic trading) does in no way put me at a disadvantage.”