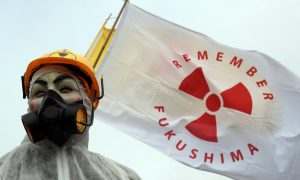 Why Are We Afraid of Nuclear Energy?
0
Share Now
TelegramFacebookTweetEmailTellMeWeReddit
Copy Link 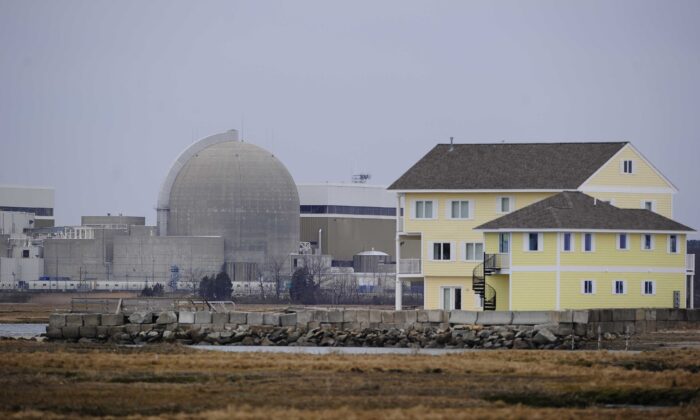 A view of the Seabrook Nuclear Power Plant in Seabrook, New Hampshire, on March 21, 2011. (Emmanuel Dunand/AFP via Getty Images)
The Reader's Turn

The Nuclear Regulatory Commission  (NRC)  is nothing more than a rubber stamp for the wishes of the Nuclear Industry. So, it is up us to protect our own families. Congress and President Obama won’t.

I have officially requested of State Sen. Bruce E. Tarr, Rep. Bradford R. Hill, Governor Deval Patrick, Governor Maggie Hassan, US Sen. Edward Markey, US Sen. Jeanne Sheehan, US Sen. Elizabeth Warren to endorse We The People’s (WTP) investigation and hearing before the Massachusetts and New Hampshire State Police, in coordination with Chiefs of Police and other officials from the towns within 10 mile radius of Seabrook Station, to testify to the fact if Seabrook Nuclear Plant blew up on July 3, 4 or 5, evacuation is not possible.

In over 50 interviews with State and local police from both states I continue to get the same response, “There is no way we can evacuate people safely; we are all a goner.”

The only responses I have gotten so far from elected officials have come from State Sen. Tarr, Rep. Hill, and Governor Patrick who have unofficially endorsed We The People’s call for this investigative hearing. I have been told by all three they plan to officially endorse WTP’s call any day now. I am still awaiting a response from the other above elected officials I mentioned earlier in this letter.

Given what former and present workers have told WTP about falsification of welds and the fact that Seabrook was built with counterfeit substandard parts, which WTP first brought to light, there is a very good chance there will be a nuclear disaster in the United States which could happen any day because of the way our Nuclear Plants have been built and the way they are being operated.

I know there are still bogus parts present in all five of Florida Power and light nuclear plants including their plant in Seabrook, N.H. The American people have already had 3 wake up calls as a result of disasters and cover-ups at TMI, Chernobyl, and Japan. As a result of the Fukushima disaster, Japan admits they have lost land for 10,000 years.

If Seabrook station blows up, we could lose New England for 1,000 years. I do not want anyone taking this risk with everything I love and have worked for. I want to do everything I can to prevent any disaster from happening in the U.S. and beyond instead of having to react to one.

In the meantime, I request citizens from across both states and beyond to make their voices heard by calling and writing their representatives to endorse this investigative hearing. WTP is supplying signs to anyone who wants to join in this effect of making democracy work by displaying WTP’s sign on their property or areas in their town where political signs are approved like they are during elections.

Many of our signs are already up in Ipswich, Rowley, Newbury, Newburyport, Amesbury, Salisbury, Seabrook and Weirs Beach. They will be held up in South Korea and Japan where I have been asked to speak during my stay from Aug. 1-14, concerning my experiences of cover-ups within the NRC and unsafe conditions at U.S. Nuclear Civilian and Weapon Plants.

The WTP’s signs are the colors of our glorious American flag with the demand “President Obama Protect U.S. Democracy: Investigate the Nuclear Regulatory Commission and Congress” on the other side. By the way, the signs were made In the USA!

Let’s prove to our children and grand grandchildren that democracy is alive and well in America!! The signs are going like HOT CAKES. So, if you want one, please contact us soon by e-mail in Rowley, Mass. scomleysr@yahoo.com.

Stephen B. Comley Sr.
Founder of We The People a National Whistleblower Non-Profit Organization