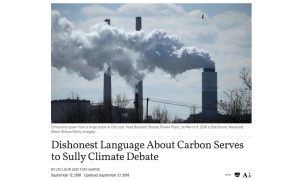 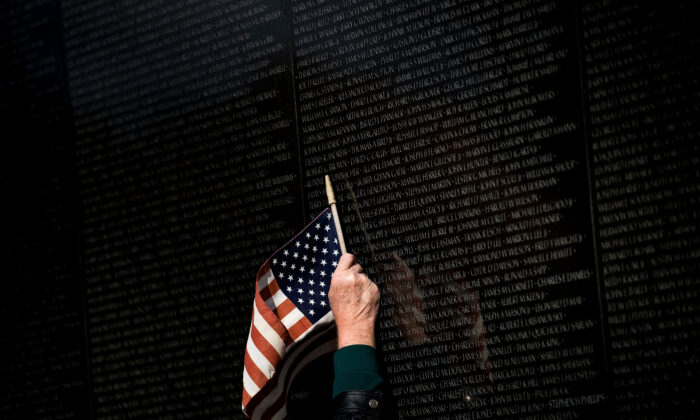 A man points to a name while visiting the Vietnam War Memorial on Veterans Day in Washington on Nov. 10, 2017. Brendan Smialowski/AFP via Getty Images
The Reader's Turn

Letter to the Editor: A Message to All Vietnam War Veterans

In the 1960s, our country issued a call-to-arms as it had many times since 1775. Its young men and women had never failed to heed that call. Since Bunker Hill, circumstances occurred to test our nation’s young in the art of war-fighting as an obligation of duty to their country. From the War of Revolution through the war in Korea, America’s best stepped forward almost in unison.

During the war in Vietnam, you were the ones who answered that call. In spite of others in our bifurcated nation, who fled the confines of the United States, dodged the draft, or feigned any number of mental and/or physical maladies to avoid military service, you answered that call—you responded. In spite of friends, relatives, and even parents pleading with you to avoid military service—you responded. Regardless of the pardoned deserters and draft dodgers, and regardless of the well-connected members of our society receiving “special” treatment and exceptional consideration, you either accepted your draft notice, or you volunteered—you responded. In that vein, you were no different from your fathers and grandfathers who served in World War II and the Korean War. You trained to become a member of America’s elite military forces deploying to the war in Vietnam. You made friends; shared hardships; had good times, fun times, and some bad times; and developed a manifest comradery, often still lingering. Indeed, you formed a brotherhood, easily recognized by veterans of those earlier wars and those younger veterans of our most recent wars. … Most all of you put your life on hold while you served your country in time of war, and you completed your tour of duty with honor.

After your honorable service, you returned home to a nation largely divided. Many of you were asked to doff your uniform and wear civvies for your trip home within the United States of America. There were no parades; no cheering crowds greeted your arrival through airports, or other ports of entry. Some of you had difficulty adjusting to being “home” again, while others more readily did adjust. Some hid their service time and could only confess with other veterans, often through military service organizations who, at first, sadly failed the Vietnam veteran community. You were treated differently than other war veterans, creating visible and invisible scars just being a Vietnam War veteran.

Newscaster Tom Brokaw, on assignment to cover a Normandy D-Day ceremony, became so enamored with the stories of those who landed in France to begin the liberation of Europe he completed a book and coined the phrase “America’s Greatest Generation.” It was published in 1998. His description of that generation was on target. However, those men and a few women that marched to the sound of the gun did so with a supportive nation, a supportive Congress, indeed a national support for the men and women of the “Greatest Generation.” It was contagiously affecting an entire American population. And, upon their return, the supportive “welcome home” was a deafening and defining, loud and clear message. From every fiber of this great nation came a well-deserved “thank you” for what they had accomplished.

By contrast, when you came home from Vietnam, you reentered an indifferent nation; sometimes it became disrespectful, even hostile. The simmering rejection of the war-fighting evolved into the rejection of the war-fighter. I was fortunate to have returned from Vietnam surrounded by fellow veterans still on active duty. I remained in the cocoon of military life, whereas most of those I served with in the war zone immediately reentered civilian life a different person—in a seemingly different country.

As the “fog of war” has lifted, history reveals that the youth of America who responded to the nation’s call during the war in Vietnam, are, in every respect, by any measure, cut from the same cloth as the World War I and Korean War veterans; indeed, you lay claim as equals to Tom Brokaw’s identified “Greatest Generation.” You accomplished this feat while facing rejection for entering the armed forces, being chastised for fighting a war our Congress had first supported but then rejected, and facing many other obstacles just for being a Vietnam War veteran. That Congress, supported by many citizens of this nation, cut support for that war in Vietnam—and cut the pride of those who fought it.

Yet, time has proven Vietnam veterans to be as noble in thought, word, and deed as all

American war veterans, and deserve equal legacy to the “Greatest Generation.” Your obstacles were far greater than any one of them could have ever imagined.

Times have changed. A presidential proclamation reads, in part:

“Our veterans answered our country’s call and served with honor, and on March 29, 1973, the last of our troops left Vietnam. Yet, in one of the war’s most profound tragedies, many of these men and women came home to be shunned or neglected—to face treatment unbefitting their courage and a welcome unworthy of their example. We must never let this happen again.”

Three years ago, the president made Vietnam War Veterans Recognition Day on March 29, a national holiday.