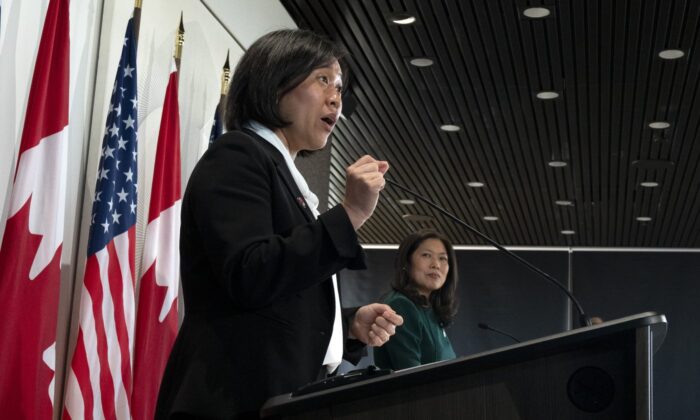 Let’s Make a Deal With Canada on Softwood, US Senators Urge Biden Administration

Two U.S. lawmakers are urging the Biden administration’s trade ambassador to make a deal with Canada on softwood lumber.

They are urging U.S. Trade Representative Katherine Tai to pursue a new softwood deal for long-term relief in a market where about 30 percent of the timber used in the U.S. comes from Canada.

Tai says the U.S. is willing to talk, but that Canada must address the federal fee regime that American producers say creates an uneven playing field—the core issue in a trade dispute that has persisted for decades.

In November, the Department of Commerce doubled the softwood lumber tariff rate to 17.9 percent, but decided earlier this year to lower it to 11.64 percent.

Ottawa sets stumpage fees for lumber harvested from federal and provincial land that producers in the U.S.—forced to pay market rates—have long insisted amount to an unfair subsidy.

Even lower tariffs would “make home construction and homeownership more affordable for communities across our country,” Menendez and Thune wrote Monday in a letter to Tai and Commerce Secretary Gina Raimondo.

“We urge the U.S. trade representative to prioritize a new softwood lumber agreement between America and Canada.”