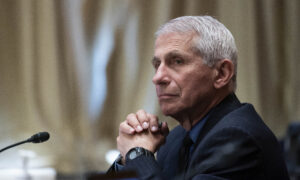 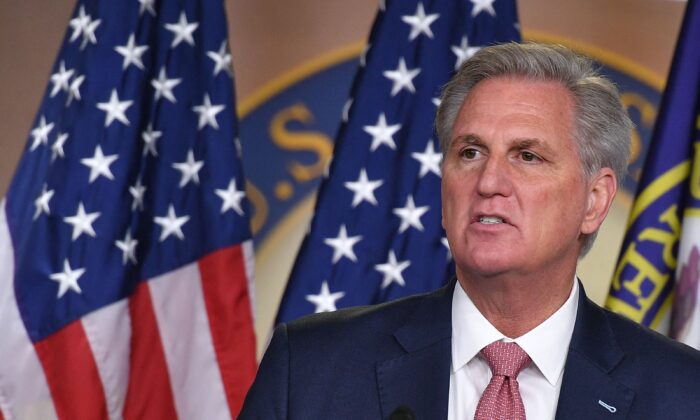 House Minority Leader Kevin McCarthy (R-Calif.) called for Dr. Anthony Fauci to resign from his position as head of the National Institute of Allergy and Infectious Diseases (NIAID) following the publication of a trove of hundreds of emails.

McCarthy, speaking to Breitbart News over the past weekend, said that the American public has lost trust in Fauci after emails released last week raised questions about how Fauci handled the COVID-19 pandemic and his messaging to media outlets. Fauci has defended his emails and said they are being taken out of context.

“Well, the number one thing, it has to be for the American public,” McCarthy said in a response to a question about Fauci resigning or being fired. “Does the American public trust Dr. Fauci now that you’ve seen the emails? Now that you’re seeing the flip-flop of positions? And just now that he’s requesting from China to get the information?”

“You’ve got to trust the individuals to look into this,” the GOP leader continued. “Hundreds of thousands of Americans have died. And if you’ve taken every certain position in it, how are you able to come back with the trust of the nation to get to the bottom of it? We have to know what went on, and who knew what and when. I mean, everything we’re finding there, how can the president—and I know the American people don’t have trust in Dr. Fauci.”

“We’re talking about an administration that shifted course, when they first came in, the Biden administration, and gave millions of dollars back to the World Health Organization, that lied to the world, that is controlled by China. We watch that they changed the direction when we were standing up to China to appease China now,” he added. “This is the wrong direction, and I don’t believe anybody in America can trust [inaudible] to get to the bottom of it.”

As a result, McCarthy affirmed that Fauci should not hold his position now “because you do not have the trust in him.”

Late last week, Fauci responded to the bevy of criticism, claiming they are “really very much an attack on science.”

“What’s happening now is very much an anti-science approach,” Fauci told left-wing MSNBC host Rachel Maddow on June 4. “I mean, it is what it is, I’m a public figure, I’m going to take the arrows and the swings, but they’re just, they’re fabricated. And that’s just what it is … it’s all nonsense.”