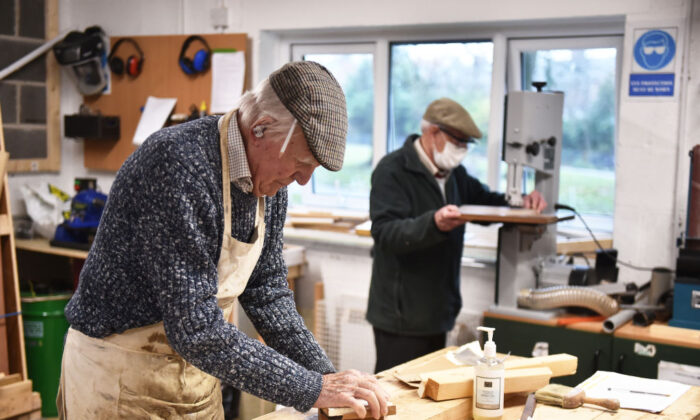 Let Pensioners and Veterans Shore Up Our Worker Shortage

The upcoming Jobs and Skills Summit in Australia, to be held on Sept. 1 to 2, must bring immediate reform to address worker shortages crippling Australian businesses.

Australia is in the midst of a worker shortage crisis, with almost 500,000 job vacancies across the country. This is holding businesses back as they try to recover from the past two and a half years of lockdowns and COVID-related disruptions. And while it may be frustrating for café and pub owners to deal with staffing shortages, especially after they suffered so much during COVID-19, it’s a much more serious matter in our hospitals and aged care homes.

Perhaps the most obvious solution to the crisis is to let pensioners and veterans work if they choose to.

Australian pensioners can currently earn up to $490 (US$340) of income per fortnight without having their pension payment affected, assuming they pass other income and assets tests. In effect, this means that a pensioner that doesn’t have any other savings or income streams can work about one day per week.

For every dollar earned over the threshold, pensioners lose 50 cents (US 34 cents) of their pension. Add onto that income tax, pensioners and veterans can quickly come under effective marginal tax rates of 69 percent.

Why Work With Such Disincentives?

The difference is stark. If Australia were to match New Zealand’s pensioner workforce participation, we’d have an additional 450,000 workers.

This “grey army” of workers could be the answer to our current shortage, if only the government would let them.

A recent survey from National Seniors Australia found that 19 percent of pensioners would consider re-joining the workforce if they were able to. That translates to roughly 510,000 people, indicating that we could have similar workforce participation rates to New Zealand if we get the policy settings right.

Doing so is vital given the ongoing worker shortage. But aside from that, it’s also a sensible long-term economic reform.

The federal Treasury’s Intergenerational Report highlights that given our aging demographics, we are facing significant structural problems with the Federal Budget, especially surrounding the viability of our welfare services and social security net, if we don’t enable Australians to stay in the workforce for longer.

Additionally, a Deloitte Access Economics report released in 2012 found that increasing workforce participation among older Australians could provide a significant boost to our economy.

Adjusted for inflation, the latter is equivalent to about $60 billion (US$41 billion) today.

Barriers Between Pensioners and the Workforce

On Aug. 17, the Treasury released an issues paper for the Jobs and Skills Summit which notes that older Australians are among a group of people who “face specific barriers to entering the workforce.” The current arrangement for working pensioners is no doubt the largest of these barriers.

As one pensioner who does work told the Herald Sun recently: “I have to inform Centrelink every week of my pay, because I get paid weekly, and then they adjust my pension accordingly. Sometimes I’m under the threshold but some weeks I go over it, so I have to go through the whole process every week … lots of my friends say it’s just too hard.”

In June, opposition leader Peter Dutton announced a policy to double the Work Bonus available to pensioners and veterans, which would increase the fortnightly income threshold to $790 (US$545). In early August, Senator Dean Smith introduced a private members’ bill to give effect to that policy.

While this would be a step in the right direction, it does not go far enough. It maintains the “handbrake” on pensioners working by translating to less than an additional day of work each week, and keeps Centrelink reporting requirements in place.

It appears that the Albanese government is eyeing off reform in this area with Treasurer Jim Chalmers confirming that he has said for “quite some time that this might be a policy that’s worth looking at,” and that the Jobs and Skills Summit “will take a closer look at [it].”

The only concern standing in the way appears to be a cost to the budget. Dutton estimates that the Coalition’s policy would cost $145 million (US$100 million) per year.

But this does not account for the vast benefits it would provide. To start, analysis by the Institute of Public Affairs has demonstrated that it would take just 3,720 pensioners currently on the maximum pension to enter the workforce at the average wage for the policy to pay for itself.

And that’s before counting higher company tax, payroll tax, and GST payments. Not to mention the incalculable benefits that the dignity of work provides, in terms of improved mental and physical health and a sense of purpose.

Allowing pensioners and veterans to work is exactly the kind of common-sense reform businesses, industry groups, and ordinary Australians are expecting from the Jobs and Skills Summit. It would be an easy and early win for the Albanese government.