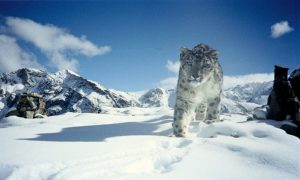 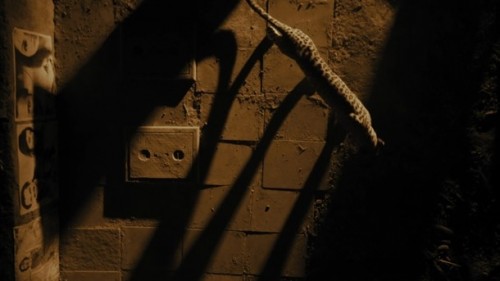 An international study of radio-collared leopards in India has led to an unusual and unexpected finding . Scientists say that the common belief that leopards found near human residences are mostly those that have strayed from the forest habitat might not be entirely true. It is now thought more likely that the leopard is a resident animal of the human habitat.

Wildlife biologist Vidya Athreya from the Wildlife Conservation Society accompanied by her team radio-collared five leopards for the first time in India. They found that the leopards actually chose to stay near human homes.

“When leopards are found outside the forest in a high-population density area, we think they have strayed. But it’s their home as much as it is ours.”

Pointing out similar behaviour in other species like Nilgai, Bull and Hyena, which stay close to human habitations, she added,

“Leopards are adaptable and therefore can survive among humans unlike tigers. Human beings have drawn maps of protected area, but leopards don’t understand our boundaries.”

The study involved the capture of five leopards from human-inhabited areas, out of which two were male and three were female. Inspite of no attack by these animals on the humans residing there, they were considered problematic owing to their proximity to humans.

Three were released near the location from where they were captured whereas two were translocated and released 50 kilometres away. After monitoring their behaviour for more than a year, it was observed that they kept away from people.

The study is of prime importance for the human-leopard conflict in Mumbai. Several incidents have taken place in Mumbai, where the spotted cats have been found near human residences outside the Sanjay Gandhi National Park in Borivali.

The study has brought to light that India’s policy makers need to reconsider their leopard management strategies. Translocating the leopards could actually lead to conflicts instead of remedying the situation.

Speaking about the ability of the leopards to share space with humans Athreya said,

“Instead of being reactive, we need to take proactive measures such as creating awareness and spelling out dos and don’ts. Leopards know how to stay away from us, and so we need to know how to keep them away as well.”