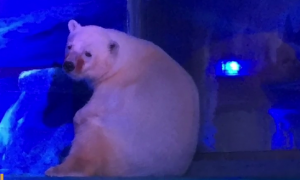 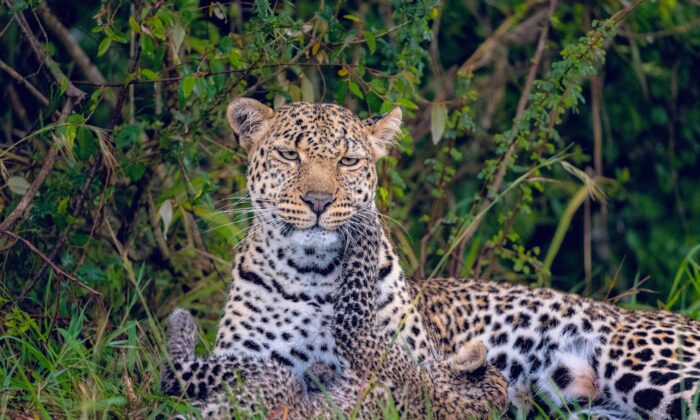 Leopards Escape in a Large Chinese City, Zoo Silent for Over 2 Weeks

Recently, three leopards escaped from a safari park in Hangzhou, a city of over 10 million. The park kept the incident quiet for more than two weeks, worried about affecting business during China’s May holiday week (May 1- May 6), and thus, endangering public safety.

After sightings of leopards wandering the city were reported and it became the most searched topic on Chinese social media, local authorities eventually sent out search teams. Soon, netizens and media criticized their treatment of the cats as animal cruelty.

On May 10, at a press conference held by Hongzhou city government, Hangzhou Wildlife World executives admitted that three leopards escaped on April 19 when two zoo staff failed to follow safety regulations while cleaning cages. The park’s upper management decided to not inform the public but would search for them privately.

At the press conference, the deputy mayor of Hangzhou confirmed the incident and accused the park of concealing what happened.

Details about what happened next were given at the press conference. On the evening of April 21, one of the leopards was captured. That night, Zhang Mouquan, the park’s general manager, met with other upper management and again decided to continue to conceal the animal’s escape, to prohibit employees from reporting it to the outside world, and to continue to quietly search for the other two leopards.

According to Chinese media, as early as May 1, a tea farmer “ran into” a leopard and took photos of it in Zhuantang Street in Hangzhou city. On May 6, a local resident reported to the Zhuantang police station that he had seen a leopard. On the evening of May 7, another resident reported to the police that a leopard was seen at a high-end villa complex in Fuyang District of Hangzhou.

Security footage showing the leopard walking inside the residential area was posted online.

The series of leopard sightings in the largest city in Zhejiang Province subsequently attracted the attention of netizens across the country. Officials eventually got involved when it became the most searched item on Chinese social media Weibo.

When authorities and media asked the park what was going on, a park spokesperson denied that any animals had escaped, until May 8 when the park announced a temporary closure.

After the second Leopard was spotted on May 7, Hangzhou Wildlife World under pressure finally reported the situation to the local authorities. As the escaped animals were attracting increasing attention nation wide, the local government sent a large number of personnel, hunting dogs, and drones to search for the leopards.

The search videos posted online and on Chinese media have caused concerns and criticism from netizens, both domestic and abroad, citing animal cruelty due to the methods that the search team used.

On May 8, a popular video posted on Weibo showed a leopard being pulled to the ground by four search  dogs in the woods. It was no longer able to struggle yet the search and rescue personnel can be heard saying to the dogs, “keep biting it to death.”

However, netizens pointed out that the leopard’s back paw looks broken and part is missing. On May 9, local government’s propaganda department denied that the cat was harmed and claimed the second captured leopard was healthy.

Meanwhile, media reports also show that the search team used 90 live chickens as bait to lure the leopards out in the woods.

As of May 10, the third leopard is still at large.

On the same day, according to Chinese media, five members of the park’s upper management, including the legal representative and the general manager, were arrested and the incident continues to be investigated.