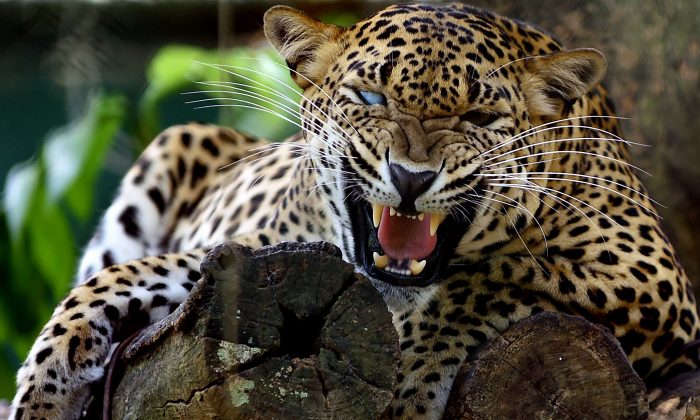 A boy was attacked and dragged by a leopard at a South African game reserve.

Kellan Denny, 6, was playing with his eight-year-old brother near a wall when the leopard came and snatched him at Kruger National Park, according to Yahoo News.

Kellan’s father, Justin, couldn’t believe what was happening.  “No! No! No! This can’t be happening,” he screamed as he chased after the male leopard.

It was reported that Kellan was dragged for about 100 feet by the leopard, which had sunk its teeth into the boy’s shoulder during the run.

Eventually, the leopard gave the boy up.

“By the grace of God, it dropped him,” he said.

“I picked him up and rushed him back to the rondavel (African-style hut). A neighbor arrived with his wife who is a nurse.”

The boy was taken to a hospital where he got stitches and a tetanus injection.

Kellan is now recovering at home from the ordeal. He is “quite traumatized,” family members said.

Officials at Kruger think the leopard was hunting at the time, which was why he attacked the little boy, according to Yahoo News.

Officials at the park said they haven’t seen anything like this in more than 40 years.