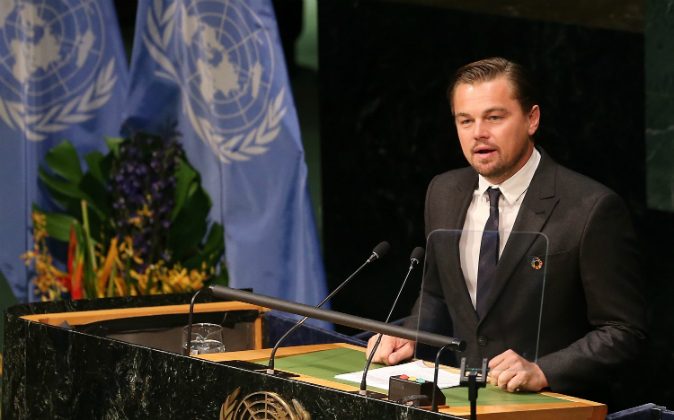 Leonardo DiCaprio is putting his money where his mouth is.

Twenty organizations will benefit from $15.7 million dollars from the Leonardo DiCaprio Foundation (LDF), the organization announced on July 13.

The foundation has awarded $59 million since its inception in 1998, but the latest donation is the largest so far, according to its website.

The 41-year-old actor is the founder and chairman of the foundation.

“These grants support the work of LDF partners, which range from major environmental conservation organizations to local partners who are fighting to protect and defend vital ecosystems and species that are gravely impacted by the global environmental crisis caused by climate change,” reads the statement.

Defenders of Wildlife, International Fund for Animal Welfare, Elephant Crisis Fund, and Amazon Watch are some of the recipient organizations.

DiCaprio has made it his mission to bring awareness to environmental causes.

On Earth Day (April 22), DiCaprio addressed a group of world leaders from 170 nations who were at the United Nations to sign the Paris Agreement—a climate pact that would render assistance to those most affected by climate change.

“You know that climate change is happening faster than even the most pessimistic of scientists warned us decades ago. It has become a runaway freight train bringing with it an impending disaster for all living things,” said DiCaprio. “Now think about the shame that each of us will carry when our children and grandchildren look back and realize that we had the means of stopping this devastation, but simply lacked the political will to do so.”

He added, “Our planet cannot be saved unless we leave fossil fuels in the ground where they belong. An upheaval and massive change is required, now. One that leads to a new collective consciousness. A new collective evolution of the human race, inspired and enabled by a sense of urgency from all of you.”

As DiCaprio accepted the Oscar for Best Actor at this year’s ceremony for “The Revenant,” he also called for action to protect the planet.