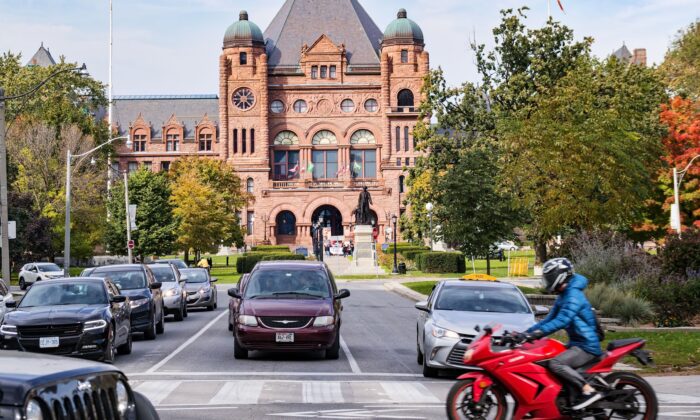 Traffic passes in front of the Legislative Assembly of Ontario building on Oct. 20, 2018. (Vadim Rodnev/Shutterstock)
Viewpoints

Leon Fontaine: Wake Up to ‘Woke’ 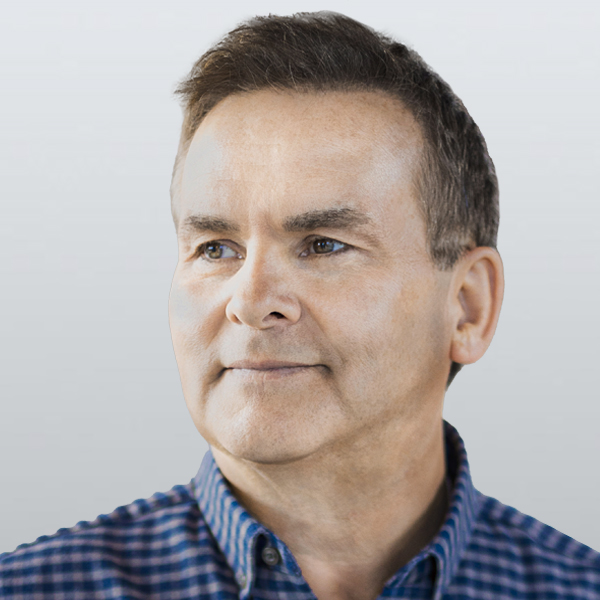 A Calgary Home Depot ignited a Twitter storm in March when someone posted an internal document instructing employees on how to identify social—or white—privilege.

One line reads, “If you’re confident that the police exist to protect you, you have white privilege.” And if you don’t have to “explain that your spouse is of the same gender, you have heterosexual privilege.”

It reminds employees that people may be unknowingly benefiting from privilege. After explicitly dividing people into groups based on whether they are white or not, Christian or not, heterosexual or not, capable of using public washrooms without fear or not, it’s pretty clear employees are expected to be “woke” enough to identify customers and co-workers as belonging to one of two groups: those who are privileged and those who are eternal victims.

I’m almost certain Home Depot is still willing to let privileged white males spend their money at the retailer. So, what purpose does this woke re-education truly serve?

Politically “correct” teachings like this are increasingly making their way into Canadian society, public policy, and legislation. Ontario’s Bill 67 (now shelved due to the provincial election) is a prime example of an artificial attempt to create peace by instigating a sense of social injustice between people groups.

Bill 67’s goal was to essentially indoctrinate children in critical race theory (CRT), a trendy ideology that frames all issues according to race and identity groups. In other words, it places individuals into identifiable categories that are then pitted against each other in an irrational examination of characteristics that are either right or wrong. Being white is always bad, regardless of how one behaves. If you belong to any other racial heritage, you are indeed discriminated against and, despite any evidence to the contrary, a victim of an unjust white, patriarchal society.

CRT is based on the broad and erroneous assumption that whiteness is the source of all social injustice. Since no substantive evidence is provided to support this, it relies on teachers and students accepting these notions as truth. The bill calls out racism against blacks, Asians, Jews, Muslims, and indigenous groups, yet makes no mention of hatred against whites or Christians as a potential issue. (Of course, excluding whites and Christians from that list is in and of itself discriminatory, but that irony seems to be lost on activists and policymakers.)

Bill 67 covered education from K-12, as well as post-secondary in Ontario, and proclaims that even kindergarteners are inherently racist. But children simply don’t have the reasoning skills to differentiate between people as categories and people as individuals. Consequently, they will buy whatever snake oil their teachers are selling. The disastrous consequences of legislation like 67 would be long-lasting.

The bill’s stated goal was to achieve racial “equity,” and the word is repeated ad nauseum throughout. In contrast, the word “equality” does not appear even once. This is an important distinction, as racial equality refers to equality of opportunity for all races, whereas racial equity refers to all races having equal outcomes.

Essentially, it removes the inspiration to overcome circumstances and says the only way for us all to be equals is if we’re all on the bottom rung, together.

Bill 67 was a provincial NDP-sponsored bill, but if it is reintroduced after the election and succeeds (only one independent MP voted against it at second reading in March) it could easily find its way to Ottawa via the newly empowered federal NDP. Canadians should be leery of what lies ahead under the guise of “enlightened” curriculum.

CRT in theory is simply a highly flawed ideology—but CRT in practice incites resentment and exacerbates the very injustice that it aims to fix. By subjectively placing all individuals into identity groups, the result is a generation of children with a worldview based on division, victimhood and, sadly, racism. This does not feel like an awakening. It is most definitely a step backwards, and a detrimental one at that.

If policymakers truly want to end racism, rather than exploit it as a wedge issue, I hope wisdom and common sense would be the foundation for real solutions that value all people. As concerned citizens, we all need to stand up for those in our midst who are discriminated against. But do not mistake activism for moralism.

Now more than ever, we need to wake up the sleeping giant to fight wokeism with truth.