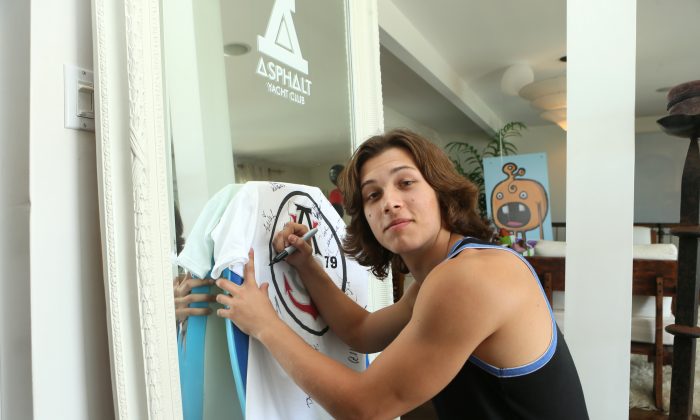 American actor Leo Howard, best known for his role on the Disney XD’s sitcom “Kickin’ It” got into the Guinness Book of World Records for his directing debut.

The 16-year-old star was given the title of the youngest TV director to ever debut his work for a show, and in his case it was an episode for “Kickin’ It,” where Howard plays Jack Brewer, a skateboarder who teaches karate enthusiasts about the art. The show is in its fourth season.

The LA actor goes by the Twitter handle @iamLeoHoward and most recently posted family vacation pictures on his Instagram in the Maracas Bay, Trinidad.

“Somebody said, ‘I bet we have a Guinness here.’ So my mom became in charge of that. And when it came through, it struck reality. It was an awesome bonus,” Howard told The Hollywood Reporter.

He said when filming the episode “Fight at the Museum,” he just kept his head down and focused on what the actors needed.

Executive producer, Jim O’Doherty commended the youngster for his talent. “In his eyes you can see he’s digesting information in a different way. He was so prepared. I think we finished a half-hour early,” O’Doherty said in the same interview.