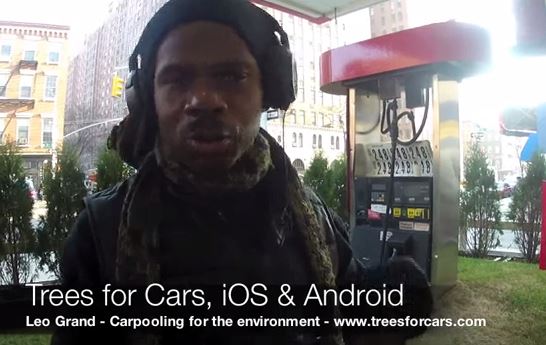 Leo Grand, a homeless coder, has created an application called “Trees for Cars” that helps people link up for carpooling.

Grand was taught how to code by Patrick McConlogue, a 23-year-old programmer who is based in Manhattan.

When meeting Grand after seeing him every day on his day to work, McConlogue told him he would give him $100 in cash, or give him three JavaScript books and teach him how to code for an hour every day.

Grand decided on the latter option.

McConlogue began meeting Grand for an hour every day before work, at 8 a.m. After McConlogue left, Grand worked for another three to four hours on his own.

The new application works like this: A driver picks a meeting address and the app suggests riders, then, if a rider and the driver mutually agree to accept the invitations, they are connected, reported Business Insider.

The app tracks how much CO2 was saved by carpooling.

All of the money goes to Grand, who says he will use it to continue to learn more about coding.