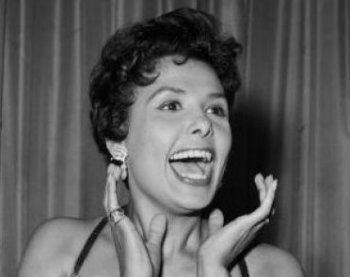 Lena Horne, born Lena Mary Calhoun Horne in 1917 in New York, US actress and Jazz singer. Here she is pictured in the 1950's. She died Sunday at age 92. (-/AFP/Getty Images)
Entertainment

Lena Horne: The Passing of a Legend

Lena Horne passed on at the New York-Presbyterian/Weill Cornell Medical Center from what appeared to be natural causes. She was survived by her daughter Gail Lumet Buckley.

Horne had a long and successful career as an entertainer. She started out as a dancer at the Harlem’s Cotton Club at the young age of 16 in the 1930s and advanced to becoming a top-selling singer and actress.

Even in her seventies, Horne recorded a successful live album titled "Evening With Lena Horne." Horne also worked on duets with the likes of the legendary Grammy Award-winning singer Tony Bennett, with songs that included "The Look of Love" and "My Funny Valentine."

She landed a long-term recording contract with Metro Goldwyn Mayer (MGM) in 1942 before launching into an acting career. Producer John Hammond in New York helped her land a solo show at Carnegie Hall.

Upon her departure to Los Angeles soon thereafter, Horne jumped into the studio, and in 1943 she was featured in the film "Stormy Weather," where she played an entertainer who delivered a song performance by the same name.

Horne stepped out of the spotlight for a brief period during the 1950s. She battled ideologically with the strong racial views held by some Hollywood movie and record-label executives, which left her effectively blacklisted for a time.

While working, Horne set a standard for African American actresses by refusing to portray characters in stereotypical roles that depicted tasteless images of African American women. Horne was also the first African American singer to sign a major label record deal in the United States.

Horne was an active member of the NAACP, the National Council of Negro Women, and the Urban League. She also said that she once participated in a radical group that included Eleanor Roosevelt as a member, noted the Notable Name Database.

Lena Horne was influential to a multitude of African American entertainers who followed in her footsteps. She will be missed by many.

No officials statements have been made regarding her memorial services or funeral at the time of this report.