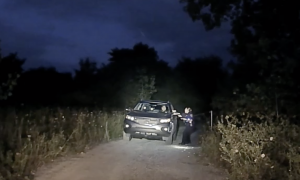 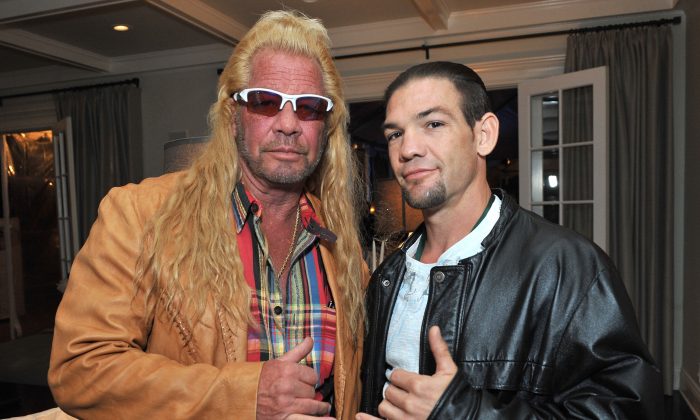 Leland Chapman, the son of Duane “Dog the Bounty Hunter” Chapman, was hospitalized in Alabama this week after suffering an injury to his knee.

The two Chapmans were on a manhunt in Colorado, AL.com reported, when Leland tore a major ligament in his knee while trying to subdue a suspect.

The hunt was the first work detail since the recent death of Beth Chapman, Duane’s wife and Leland’s stepmother. Last month, she lost a two-year battle with throat cancer.

A spokesperson told AL.com that Leland would be out of commission for around six weeks following the anterior cruciate ligament (ACL) tear. The apprehension during which the injury took place reportedly took place during filming for an upcoming show of “Dog’s Most Wanted.”

AL.com shared the story to its Facebook page, sparking many reactions.

“Prayers for him to recover quickly, and for his family on the loss of his stepmom,” wrote one commenter.

“I didn’t know he lived in AL,” someone else commented. “Glad they caught the guy, sorry he got hurt.”

“Careful dude. We just lost Beth. We don’t want to lose you too,” wrote another.

Duane Chapman honored his wife’s final wish for a traditional Hawaiian memorial, where he delivered a touching eulogy.

The celebration of Beth Chapman’s life took place on Fort DeRussy Beach in Waikiki, Hawaii, on June 29, and consisted of a traditional Hawaiian ‘Oli chant, followed by a prayer and a paddle out to the ocean, TMZ reported. The 51-year-old passed away on June 26 after losing her battle with throat cancer.

Dozens of family, friends, and fans attended the memorial, which was open to the public. Earlier, Bonnie Chapman, the couple’s daughter, shared an invitation to the event on social media.

“In her own words, she said, “I love Hawaii” the most, so we are sending her off in true Hawaiian style, aloha,” the invitation reads.

Family spokeswoman Mona Wood-Sword was cited by WJLA as saying those attending the service were asked to bring “ocean-friendly loose flowers.” but no lei because the string isn’t good for marine life.

Some recorded the memorial on their phones before sharing on social media.

If you’d like to pay respects, feel free to. pic.twitter.com/fuOsOBm27Q

Another service will be held for Beth Chapman in Colorado, where the couple had another home.

Beth and Duane Chapman starred in the A&E reality show “Dog the Bounty Hunter” until its cancellation in 2012. They later starred in Country Music Television’s “Dog & Beth: On the Hunt.”