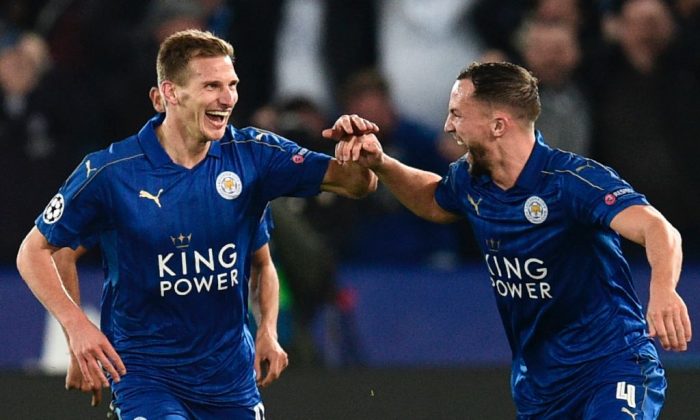 Europe—On Tuesday March 14, 2017, Leicester City, in their first Champions League adventure, overcame Seville 2-nil to reach the last 8 of the Champions League. A first half goal from captain Wes Morgan was added to early in the 2nd half when Mark Albrighton found the net with a left foot shot from 15 yards just inside the right hand post. Goalkeeper Kasper Schmeichel saved a penalty from Steve N’zonzi late in the 2nd half, during a period of sustained Seville pressure, but hung on for a 3-2 aggregate victory. Seville’s chances had been undermined by the dismissal of Samir Nasri for a head butt on Jamie Vardy during the 2nd half.

Juventus reached the quarter finals with a 1-nil home victory over FC Porto to add to their first leg lead and 3-nil aggregate win.

Manchester City faced a tricky away leg at Monaco following their 5-3 first leg win at the Etihad Stadium, and were made to pay for defensive lapses when they exited on the away goals rule following a 3-1 defeat and an overall 6-all aggregate tally.

Monaco took an early lead with an 8th minute goal from Kylian Mbappe, and a second after 29 minutes from Tavares, which put them in line to qualify. Leroy Sane gave City hope of qualifying when he put them on aggregate with a 71st minute goal, but City only lasted 6 more minutes before conceding a further goal due to another defensive lapse when Tiemoue Bakayoko scored to put Monaco through.