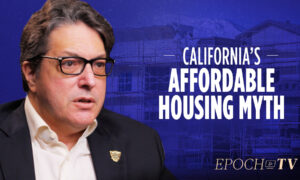 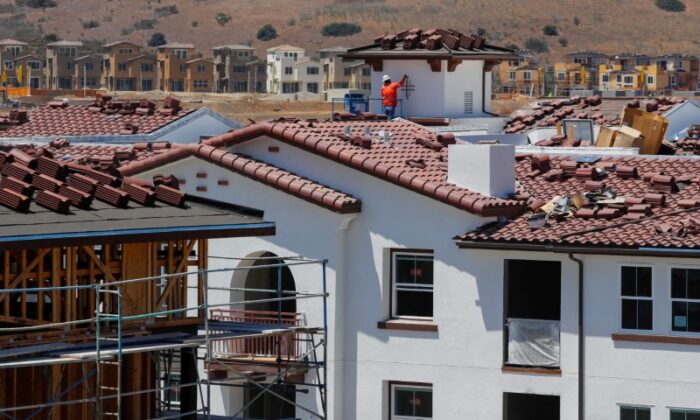 Construction work on a large scale housing project of over 600 homes in Oceanside, Calif., on June 25, 2018. (Mike Blake/Reuters)
Southern California

California housing is always in crisis; the COVID-19 pandemic changed the nature of the situation, with rent moratoriums and lockdowns.

A year ago, legislators alternated Zoom meetings with masked in-person meetings in the Capitol. This year, they will return from recess on Aug. 16 likely to masked meetings.

Ministerial approval means it “does not require the exercise of judgement or deliberation by the approval authority.”

There are restrictions, mainly that it applies only in urban areas.

SB 10, in the Assembly analysis, “Authorizes a city or county to pass an ordinance … to upzone any parcel for up to ten units of residential density if the parcel is located in a transit-rich area or an urban infill site.”

It’s similar to bills in past years by Wiener. But instead of a mandate, SB 10 only allows the “upzoning” if it’s approved by the local elected body.

The curious thing about both bills is that they have split opposition on both left and right. On the left, Atkins and Wiener are among the more liberal members of the legislature. Yet the city council in liberal South San Francisco came out against both bills.

During a July 27 council meeting, Councilwoman Buenaflor Nicolas objected to the bills, saying they “will not be resolving the issue of housing. The housing issue that we have right now has been a problem for many decades, and this is mostly due to multiple factors, lack of construction to match rapid employment growth, high cost of land, labor, and materials, long and costly process to review and approve adequate financial resources. And definitely there is no magic bullet to solve these problems; what we need is a comprehensive approach.”

Palo Alto is, if anything, even more liberal. Yet Mayor Tom DuBois, in a letter to Wiener, rejected SB 10 for pushing aside citizen initiatives.

“It is an anti-democratic power that no Legislative branch of government should have, and which we—a city council, and therefore such a branch—do not want,” DuBois wrote. “Such legislation echoes more of Russia than of California.” It would end up “housing only the highest wage-earners, not those who need it most.”

On the right, the bills were opposed by Jon Coupal, president of the Howard Jarvis Taxpayers Association.

“Taxpayer advocates and neighbor associations oppose both SB 9 and SB 10 because of the potential loss of local control and higher taxes,” he wrote on July 25.

“I’m favorably disposed toward bills that deregulate [however insufficiently and narrowly] some aspects of land use,” he told The Epoch Times.

Other factors soon will come into play:

Although the Delta COVID variant is spreading in an unpredictable fashion, AP reported on July 29 that President Joe Biden’s administration “announced it will allow a nationwide ban on evictions to expire [July 31], arguing that its hands are tied after the Supreme Court signaled it could only be extended until the end of the month.”

On Aug. 16, the U.S. Census Bureau will release detailed city and county data.

Although California has lost population in recent years, between 2010 and 2020 it gained around 2.5 million. The new numbers will show population density changes, which greatly affect housing prices.

Sometime in the next two years, the Federal Reserve Board is expected to increase interest rates to ward off burgeoning inflation. When it last jacked up interest rates significantly in 2006, the market crashed. Home prices dropped as much as 75 percent in the Inland Empire, although the Subprime Mortgage Crisis multiplied problems. The crisis spilled over into the rental market, with many landlords even cutting rents to keep tenants.

Finally, it should be kept in mind that SB 9 and SB 10 are in the early stages and could be significantly rewritten by the time the legislature adjourns on Sept. 10.

The adjournment date also is more significant this year because it will come just four days before the election on whether to recall Gov. Gavin Newsom. He has made building more housing a keystone of his administration both before and after the recall effort began. Meanwhile, the recall folks blame him for the recent spurt in housing prices.

To top it off, an open letter “endorsed by 120 Mayors and City Councilmembers from 48 cities,” was sent to Newsom, attacking SB 9. It implored him “to hear the outcry and acknowledge that this short-sighted bill will have the unintended consequences of dismantling his goals to undo past inequities, expand the middle class, and provide truly affordable housing with upward mobility opportunities to all.”

It even warned that SB 9 could “inadvertently increase greenhouse gas emissions.”