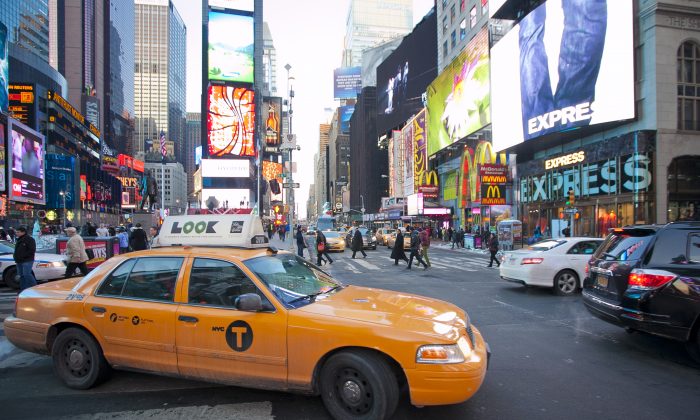 NYC City Council committees held the first hearing on Vision Zero Feb. 24 to discuss the city’s interagency efforts, and what would be needed from the City Council to reach Mayor Bill de Blasio’s goals of zero traffic-related injuries or deaths.

“Of course, we all have questions about how Vision Zero can become a reality,” said Transportation chair Ydanis Rodriguez, asking for specifics in funding and timeline.

Commissioners from the New York Police Department, Department of Transportation, and the Taxi and Limousine Commission were present to address the councilmembers’ questions and listen to testimonies of the family members of victims of traffic fatalities.

Many councilmembers raised questions of what funding, resources, and legislative changes these agencies needed to reach their goals for the year. City Hall is responsible for creating a permanent task force to oversee and update the Vision Zero Action Plan, but there is no dedicated budget announced so far.

The Department of Education and Metropolitan Transportation Authority will also play a bigger part in street safety and education going forward, the commissioners said.

TLC will start piloting a number of programs including creating a safety enforcement team with speed detectors without detracting from NYPD resources, and technology to warn drivers and passengers when they are going above the speed limit. A number of other initiatives in the Action Plan require legislative action.

Councilmember Helen Rosenthal had requested legislation to take  taxi drivers off the road if they seriously injure pedestrians in failing to yield.

Under the current system, many drivers remain licensed and on the road for safety infractions, and that is “a reality we would like to see changed,” said TLC COO Conan Freud.

TLC licensed taxi drivers  are suspended when they have six TLC or Department of Motor Vehicle points and have their license revoked if they have 10 points, depending on whether the points are issued by a TLC officer of NYPD officer.

However, TLC COO Conan Freud said, current law does not allow the points to be combined, so if a driver has three TLC points and three DMV points, whether or not the points are issued for the same infraction. Changing the point system and increasing punishment for drivers who flee the scene after causing a serious injury or fatality are measures that need City Council support, Freud said.

The TLC also wants to require a hands-on course for drivers who are involved in a serious crash before they are allowed back on the road. Currently, only a written class program is required.

Many of the initiatives–traffic cameras and lowering the city speed limit–also require State legislation. A bill to lower the city speed limit as much as to 20 mph is in both the State Senate and Assembly, as are bills to increase the number of cameras allowed in the city. The mayor has emphasized the need to push for more City control over these measures.

“This is an election year [for State legislature],” said Public Safety committee chair Vanessa Gibson. “That changes the conversation.”

Some of the bills have been in the Senate and Assembly for years. Senator Ruben Diaz wrote an open letter to de Blasio Feb. 24, calling for support of his truck safety bill proposed last year.

The bill required the use of rear wheel guards, and could “save at least 10 children from being crushed by trucks each year,” Diaz wrote.

“This tragedy might have been avoided if my simple piece of legislation would have been passed and signed into law,” Diaz wrote.

Just Feb. 23, a man was crushed by a Department of Sanitation truck in Crown Heights. The man had been hit by the front side of the truck, then run over by the rear wheels as the driver did not see him.

One of the items in the Action Plan is to install equipment in City vehicles to record speeding and other dangerous behaviors by this year.

Another issue of concern was NYPD staffing.

NYPD is increasing highway officers from around 200 to 270 and increasing the number of personnel trained for speed enforcement on local streets, said NYPD Transportation chief Thomas Chan. NYPD has 56 radar guns through 32 precincts, and will add 200 more.

Councilmember Brad Lander said for the efforts to be successful, there would need to be a culture change in NYPD. “Recruits don’t sign up to write speeding tickets,” Lander said.

Lander urged NYPD to add resources into task forces specifically aimed at ticketing speeding drivers and failure-to-yield. Most officers currently enforce from their cars, Lander said, and it is very hard to issue those kinds of summonses from a car.

Chan said the individual precincts would be responsible if there are injuries that occur in their areas and no summonses issued. “We will hold them accountable,” he said, but “I cannot rely on specialty units. It calls for all officers citywide.”

DOT resources were another concern for the councilmembers. The mayor recently announced an increase in the DOT budget due to the high rate of pothole repairs they have carried out through the snowy winter weather, but funding dedicated to street safety redesign has not been addressed.

Councilmember Jimmy Vacca raised the issue of backlogs in their districts where communities have asked for street signs, traffic lights, or clearly painted crosswalks.

DOT Commissioner Polly Trottenberg acknowledged this was a concern they had heard from multiple councilmembers and additional staffing was one of the things the department was looking at, as well as making sure DOT had a strong presence in every borough.

Overall, Trottenberg said, the goal of Vision Zero will be an enduring one driven by a cultural change. Councilmembers and commissioners said public education will be key and they will continue to rely on communities for ideas on how to implement Vision Zero.

Town halls will be hosted regularly, Trottenberg said, and DOT will participate in the first one tomorrow, Feb. 25, in Manhattan at the John Jay College of Criminal Justice, 6-8 p.m.