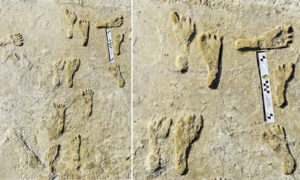 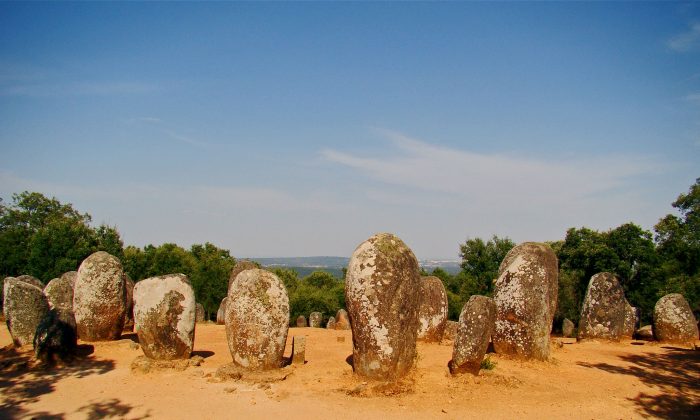 Prehistoric Europeans told legends about powerful, mysterious females who made European stone tombs called dolmens and cromlechs. On the one hand, they were said to bestow riches and fertility on individuals, and fantastic gifts like the skills of brewing beer and farming; all they wanted in return was a little milk.

On the other hand, they were described as angry snakes guarded by bulls, cursing people, and hoarding the very gold of the sun. They were imagined as beautiful cloven-hoofed, snake- or bull-women, who guarded the dolmens and could speak with the dead, spin the rays of the sun, and even create the world.

In her master’s thesis of 2014, archaeologist Henna Lindstrom of the University of Helsinki in Finland wrote of the folktales and legends that grew up around the supposed supernatural makers and guardians of Portuguese dolmens. Lindstrom’s fascinating paper details stories from other parts of Europe as well about the Mouras Encantadas, as the mysterious women are called in Portugal.

Carbon dating shows the people of Europe began building megalithic tombs between 4,800 and 3,800 B.C., corresponding to about the beginning of the New Stone Age or Neolithic period. At first, the megaliths were menhirs, or single standing stones; then people made cromlechs, or stone circles. There are thousands of known megaliths in Iberia alone. People in Portugal were among the first to build megaliths, around 4,800 B.C.

As for the women who built them, “Folklore makes it clear that these women are about omnipotent—they have everlasting life, youth, beauty and riches, wisdom and skills, which they [taught] to people. [A] big part of these skills connects the Mouras … to the Neolithic revolution—Mouras taught people spinning, weaving, cheesemaking, brewing, and plowing, and gave sheep, pigs, and cows as gifts for people,” Lindstrom wrote.

“[A] big part of these skills connects the Mouras … to the Neolithic revolution—Mouras taught people spinning, weaving, cheesemaking, brewing, and plowing.”
— Henna Lindstrom, University of Helsinki

Linguistics connects the Portuguese Mouras to many other European goddesses, including the Greek Moirae, or Fates, who held everyone’s destinies in their minds and to whom even Zeus had to answer.

Mouras were also said to have lived in the world before people were made. When people appeared, the Mouras acted as cultural heroes, teaching people farming and animal husbandry, navigation of the sea, and iron-working.

The Mouras “came to the [land] … in the beginning of time and shaped it—its hills and valley and rivers, dolmens and menhir and red paintings on the rocks, and gave birth to children, who possibly became the ancestors of the community telling the legend,” Lindstrom wrote.

Writing of the dolmens themselves,  Lindstrom said: “The art and symbols in Portuguese dolmens, and their orientation toward the rising sun or equinoctial full moon can be seen as telling about their faith in rebirth. The art itself can be seen as made to guide people—living, dead, and unborn—to travel between worlds of living and dead. Megalithic graves were burial sites and places for ritual burials, but it is very plausible it wasn’t their only and maybe not even their main function. It is likely that they were, like the churches in Christian times, spiritual centers around which the community got together to celebrate important dates and happenings, to negotiate and agree about matters concerning the whole community and to strengthen their communality.”

She said Christian bishops in later years banned annual celebrations around dolmens. The Church also destroyed some dolmens and declared others sacred Christian sites. Nevertheless, the legend of the Mouras have withstood the passage of time.