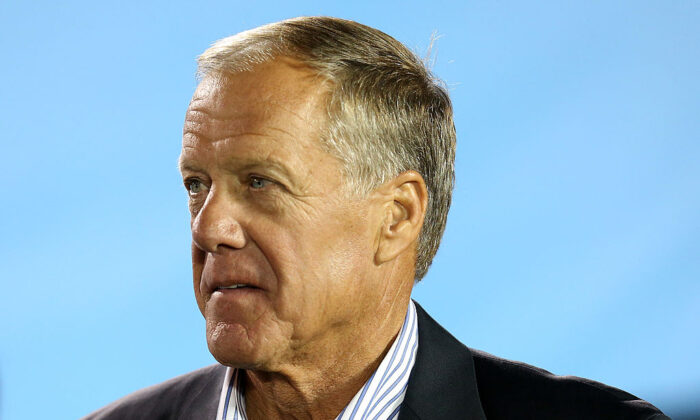 The most successful coach in University of California–Los Angeles (UCLA) football history, Terry Donahue, has died.

Donahue was the winningest football coach in UCLA and Pacific 12 Conference history with a historic 151 game wins, which includes the Rose Bowl, Fiesta Bowl, Freedom Bowl, and others.

After joining the UCLA Bruins as a walk-on defensive lineman in 1965, Donahue helped lead the team to its first Rose Bowl victory against the previously-undefeated Michigan State University.

He later served as assistant coach, and in 1976 became the team’s head coach at age 31.

Donahue was also the first person to appear in a Rose Bowl Game as a player, assistant coach and head coach at his alma mater.

Donahue in 2019 was named one of the 150 Greatest College Coaches by ESPN during its celebration of College Football’s 150th anniversary.

Later in his career, Donahue entered into broadcasting and professional football administration, where he worked for CBS Sports and Fox. He was general manager of the San Francisco 49ers from 2001 to 2005.

Those who knew Donahue said that while his football stats were incredible, his personality made him even more unforgettable.

Sherry Drewery, whose family owns Wilma’s Patio on Balboa Island near Donahue’s home, has known the football star since the early 1980s. She said he was one of the kindest people she has ever met.

“He was always extremely gracious and he had a way of just looking you right in the eye, he made you feel like you had his 100 percent attention,” Drewery told The Epoch Times. “A lot of famous people don’t want to be bothered, and he never, ever made anybody feel that way.”

Drewery described Donahue as loyal to both his family and church. He was always gracious with his time, often mentoring young football players to help connect them with other coaches, she said.

When Donahue was in town, he could often be seen riding his bike around Balboa Island to stay fit, Drewery said, and would eat at Wilma’s Patio once or sometimes twice a day.

Drewery last saw Donahue about a week-and-a-half ago, after not seeing him for about a year due to the COVID-19 pandemic. He had to be extra vigilant about staying healthy due to his cancer treatment.

“I saw him and [his wife] walking down the street and I pulled over to talk to them and he was in great spirits and he never alluded that he was suffering as much as he was,” she said. “He was always upbeat and always happy.”

“There aren’t enough words to properly honor Terry Donahue and what he means to the Bruin family and anyone who has had the pleasure of knowing him,” Kelly said in a statement. “He epitomizes everything you strive to be as a coach and as a human being.”

Donahue is survived by his wife of 52 years, three daughters, and 10 grandchildren.